Japan and Vietnam push on with rare earth mining plans

Fears the global technology supply chain could be throttled by China's interest emerged over the weekend after Japan and Vietnam announced the inauguration of a rare earth technology centre in Hanoi, as the two countries look to accelerate their mining plans.

Rare earths are highly coveted by the technology industry where they are used in the production of everything from flat screen monitors to hybrid cars.

China has around a third of the world’s deposits on its soil, but accounts for over 90 per cent of global supply and has recently been cutting production and exports in order to safeguard future supplies.

The World Trade Organisation (WTO) is currently investigation complaints by the US, EU and Japan that China is deliberately throttling supply to drive up prices, but its final decision is unlikely to change the Communist Party’s policies. Interest in supplies outside the People’s Republic has therefore risen.

Despite their name, rare earth metals are a plentiful resource and Vietnam is thought to have one of the world’s largest reserves, located mainly in the north-west area of Lai Chau.

When it is completed, the research centre in Hanoi will allow rare earths to be extracted from mined ore before being shipped off to Japan, according to Xinhua.

The Vietnamese government will apparently pay for the construction of the centre, while Japan is chipping in the cost of the equipment. The two nations signed an MoU in May which will see the setting up of a mine with a 10,000 tonnes-per-year capacity, according to reports.

As more ventures like this get off the ground, it will be interesting to see if China decides to lower its prices and change its rhetoric. ® 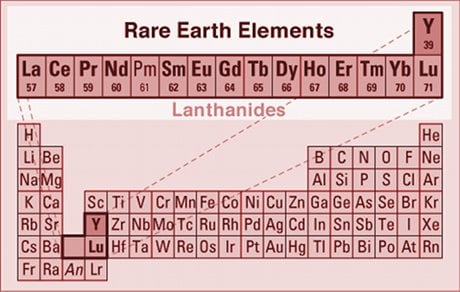