Seeks asylum over extradition to Sweden

Julian Assange has sought refuge in the Ecuadorian embassy in London and is seeking asylum over the decision by the UK courts to extradite him to Sweden.

"This afternoon Mr Julian Assange arrived at the Ecuadorian Embassy seeking political asylum from the Ecuadorian government,' said the Ecuadorians in a statement. "As a signatory to the United Nations Universal Declaration for Human Rights, with an obligation to review all applications for asylum, we have immediately passed his application on to the relevant department in Quito."

The embassy said that in the meantime Assange was free to remain within the embassy until the process has been seen through. It said that the decision should not be taken as a sign of meddling in the judicial processes of the UK or Sweden.

Assange was due for deportation later this month after the UK's Supreme Court ruled that he would have to return to face questioning on accusations of sexual molestation.

The 40-year-old Australian was arrested in December 2010, and granted bail after his lawyers secured about £200,000 from a number of celebrity friends. 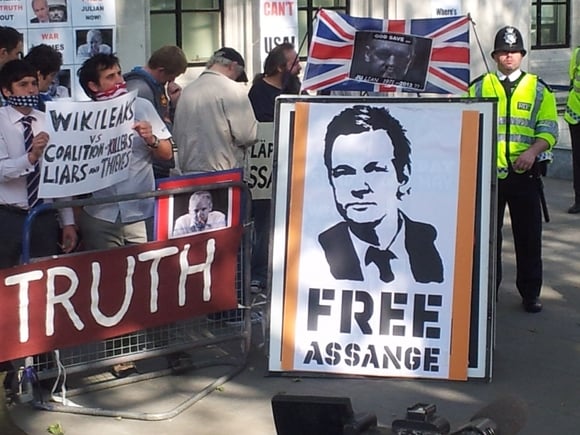 Assange claims the Swedish allegations are politically motivated and were brought in retaliation for WikiLeaks exposing US diplomatic cables.

In the US, Private Bradley Manning - allegedly the source of the classified US data released by Wikileaks - faces 22 counts that include the most serious charge of aiding the enemy by allegedly leaking around 700,000 classified diplomatic cables and "war logs" downloaded from government computers and handed over to the WikiLeaks site. If convicted, Manning, who is being held in Fort Leavenworth, Kansas, could get life in prison.

His court martial is expected to take place in September this year. 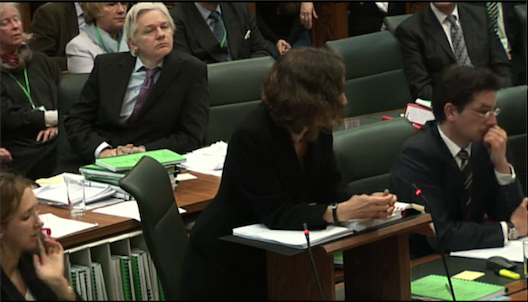 Assange at the Supreme Court hearing

Ed Geraghty, foreign policy spokesperson for the Pirate Party UK, said it was "extremely unfortunate that Mr Assange has felt the need to take this step. Assange has maintained that this extradition is politically motivated and it would appear he feels that the Australian government is unable or unwilling to provide him with the support he needs."

"No matter what happens with Assange, it is important to remember that WikiLeaks is far bigger than any one person and that their increasingly important work must go on." ®

Catching a falling rocket with a helicopter more complex than it sounds, says Rocket Lab