HTML and CSS for novices could re-ignite kiddie coding cogitation

Dubbed “Thimble”, Mozilla bills the new tool a “webmaker”. While that term is cringeworthy, the two-paned web app is anything but. One pane offers raw HTML, with just a few basic tags. The other offers a WYSIWYG view of the HTML as you code.

Once authors deem a page complete, the service allows publication to a new Mozilla service, webmaker.org.

So far, so bland – aside from instructional floating information about each tag (at bottom left in the image below) there's not a colossal difference between Thimble and myriad HTML editors from the mid-90s.

Thimble offers more with a library of ready-to-use projects, including basic games, many of which offer functional web pages complete with lots of inline comments to explain how the page works and suggesting syntax and resources needed to perform further customisation. These starter projects are shamelessly didactic, with Mozilla saying “Thimble removes many of the barriers for novice users trying to learn code.” 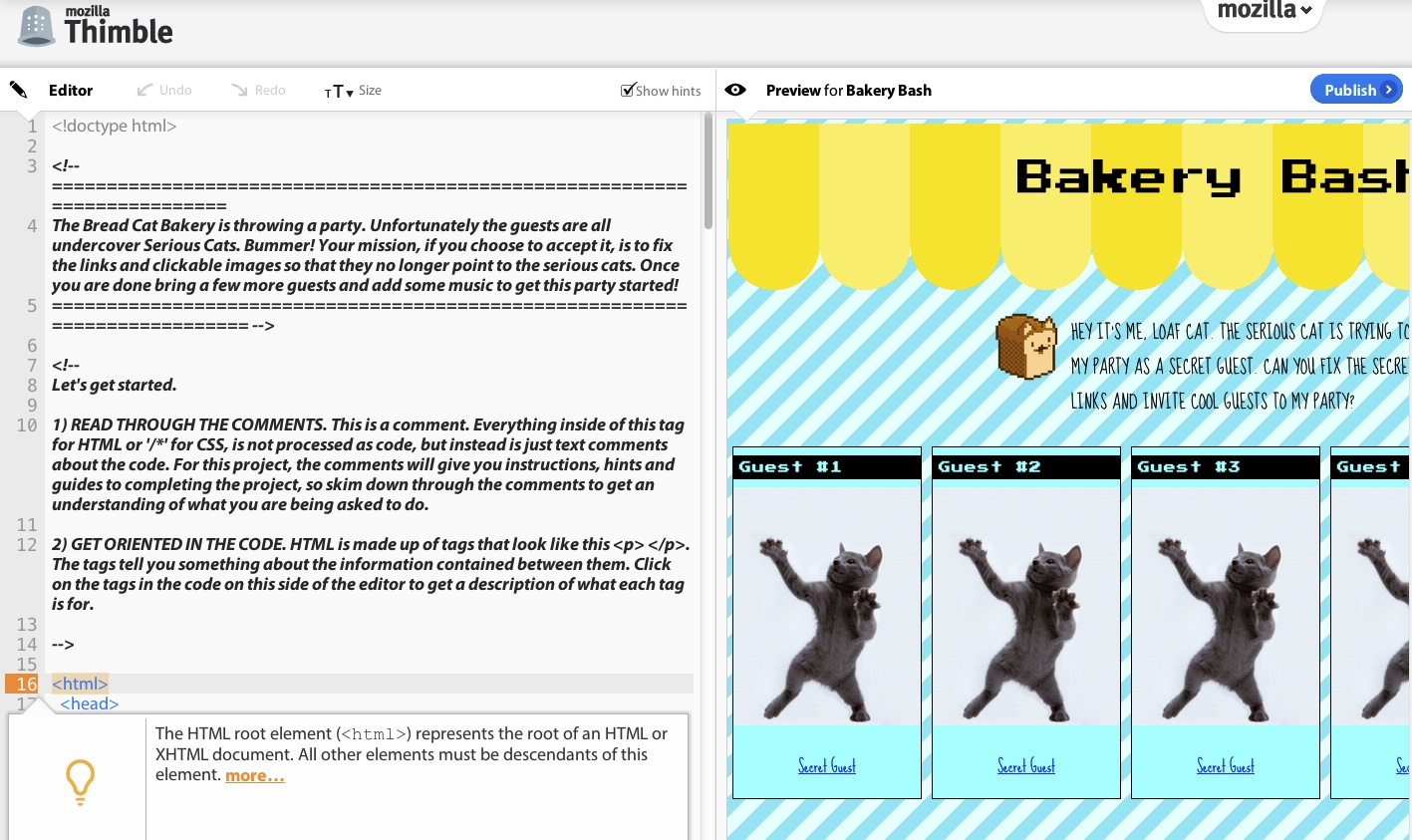 Which is not to say that would-be Thimblers (we're happy to be the first to coin the phrase and/or bastardise the language with a noun-to-verb mess) will be left to stumble through code alone: Mozilla has launched Thimble just before its Summer of Code kicks off and expects lots of enthusiastic folks to show at 330 Summer of Code parties around the planet*.

Mozilla has also launched X-Ray Goggles, which allows inspection of, and interaction with, a page's HTML. Another new project, Popcorn, will offer a code-free video mashup-maker when it debuts in November 2012.

All three tools use a bright palette of colours and kid-friendly graphics, yet don't shy away from putting code in users' faces. It's therefore hard not to imagine recent debate over how computer science should be introduced to schools would have taken a different course had they been made available earlier.

Your correspondent can certainly foresee a session with his Mr 10 and Thimble in the near future. We're also salivating at the prospect of doing so with a Raspberry Pi, as that machine with a topping of Thimble seems the perfect way to show kids that there's more to technology than hermetically-sealed appliances. ®

* So far as we can tell, Mozilla is taking the Summer of Code thing pretty seriously: it appears no events are scheduled in the southern hemisphere, where it is currently winter.