Of course, with a title like Speedball, gameplay is fast and furious. The computer always switches control to the player that is nearest to the ball. This switching can be really confusing and is a definite minus point in a game where speed is everything. 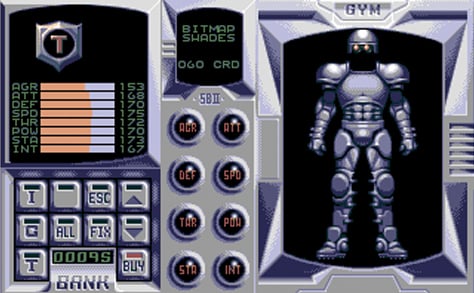 To add to the confusion Speedball 2’s scoring system is quite complex and depends on a surprisingly large number of variables, including hitting stars for points and scorching opponents with hot balls. Different game modes: Tournament, League and Manager Mode, spice things up and give the game re-playability. Manager mode lets me buy and sell players like Roy Hodgson 2.0.

I don’t expect much in terms of graphics from sports games and Bitmap Brothers does as well as it can with the subject matter, giving everything a metallic sheen. The top down view helps me keep track of who has the ball and I get an inlaid graphic showing a player covered in enough claret to keep the most ardent blood sports enthusiast keen. 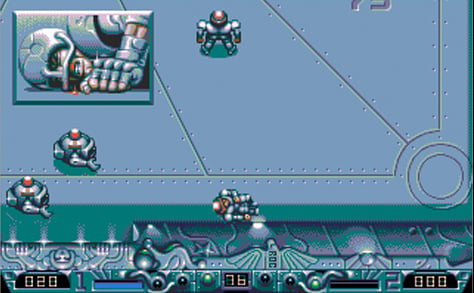 Audio is more than just a noise too, as its futuristic techno beats together with some good sound effects won this game Golden Joystick 1991 for Best Soundtrack.

One of the best aspects of Speedball 2 is the multiplayer mode when the game becomes one on one and it’s time take on my mates without worrying about my standing in the League. Grab a joystick for twice the excitement and a feel you’ve been transported straight back to the early 1990s. 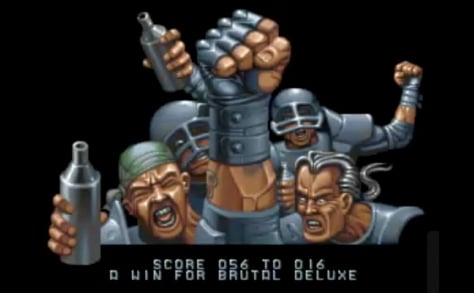 With the exception of Blood Bowl, I feel Speedball 2 belongs to a sadly forgotten genre; a fictional sports game that’s fast and fun with solid challenging gameplay and more depth than most modern sports games can conjure. Luckily, Speedball 2 Evolution for my iPad almost captures the frenetic pace of the original. However, I will never be a fan of the virtual joystick. ®