Australia sanguine on Assange-to-Ecuador, would fight US extradition 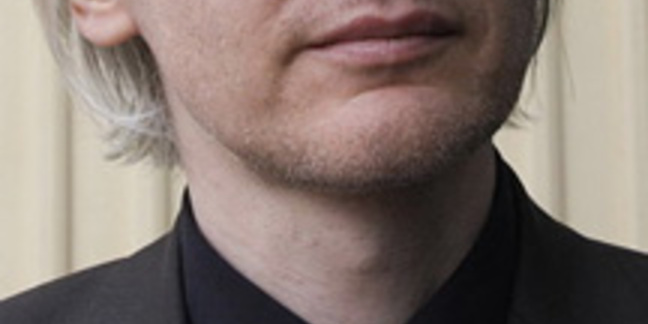 Australian Prime Minister Julia Gillard says Julian Assange’s decision to seek political asylum in Ecuador is a matter for Assange and not something Australia needs to comment on.

“Mr Assange’s choices are a matter for Mr Assange,” Gillard told a press conference at the G20 meeting in Mexico. “His decisions are for him to make.”

Gillard also said that any extradition to the USA, where Assange could face the death penalty, are hypothetical. “The matters Mr Assange faces are of a sexual complaints nature involving the laws of Sweden,” she pointed out, and refused to speculate on whether extradition to the USA could take place from Sweden.

She did, however, point out that Australia opposes extradition to jurisdictions where the death penalty is enforced. Australia would therefore oppose any such extradition of Julian Assange.

Asked why Assange has felt it necessary to apply for asylum in Ecuador, Gillard said the WikiLeaks founder has enjoyed extensive consular assistance from Australia and will continue to enjoy it.

Australia’s Attorney-General has declined to comment on the matter, saying it’s one for the Foreign Minister. He, inconveniently, was on a plane as the news of Assange’s bolt broke.

Since Assange’s announcement the world media has tried to figure out just why the silver-haired hacker has chosen Ecuador as his intended destination.

One fine reason is that while Ecuador has an extradition treaty with the USA, it does not apply to political cases. Assange could therefore reside in the tropical nation without fear of being dragged kicking and screaming to the USA.

We found what appears to be a copy of the treaty here (PDF) (we're confident it's the treaty as it bears all the appropriate statute numbers). Here’s the relevant clause.

Ecuador’s foreign ministry has posted a statement in which it quotes Assange as saying, in a letter, that he has been subject to:

"regrettable factual statement of abandonment received by the authorities of my country, Australia, who state that they will not defend even my minimum guarantees before any government and delegate in the constitution of a foreign country that applies the death penalty for the crime of espionage and treason, and the guarantees it offers to its nationals, ignoring the obligation to protect its citizens, who is persecuted politically.”

The constant mention of political persecution, rather than conventional law-breaking, is surely notable as Assange tries to position himself as a prisoner of conscience.

The Ecuadorian connection runs deep, too. Assange has also interviewed and exchanged letters with Ecuadorian President Raffael Corea, who got very grumpy indeed with the USA over some diplomatic cables exposed by WikiLeaks. The pair seem to share some political positions.

Ecuadorian officials have also, in the past, called for Assange to be granted asylum in the nation. Time's man in Quito suggests that could be for domestic political reasons, as the left-leaning government has been harsh on media and could be looking to bolster its open government credentials.

Ecuadorian Foreign Minister Ricardo Patino has issued a statement in which he says:

“The Government of Ecuador is evaluating the request of Mr. Julian Assange and any decision on it will take into account respect for the rules and principles of the International Law and the traditional policy of Ecuador to safeguard human rights.”

For now, that safeguarding will at least take place in a rather nice bit of London, but as the Ecuadorian Embassy offers its address as a flat, we imagine Assange will be sleeping on a spare bed rather than living in the lap of luxury. ®