Phishing up, malware down, says Google

Google has revealed a new analysis of five years’ worth of data gathered by its Safe Browsing service.

The analysis, as any discussion of online security seems obliged to, includes lots of Scary Big NumbersTM, such as the 9500 malware-infected sites the Chocolate Factory says it finds every day or the 12-14 million warnings it offers users to avoid sources of various threats.

There’s also some good news, as the study also shows that the prevalence of infected sites peaked in 2009. 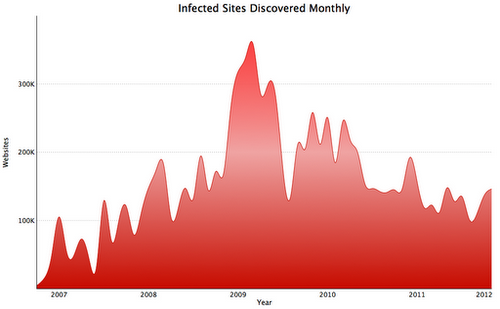 That welcome data point is tempered, however, by a resurgence in dedicated attack sites, which Google believes are on the comeback after a 2011 dip in numbers. Such sites use all sorts of nefarious tricks to mask their true intent, which is to drop a steaming load of malware into any endpoint they can compromise. Google feels many now use social engineering as their preferred weapon, as technical exploits are becoming harder to perpetrate. 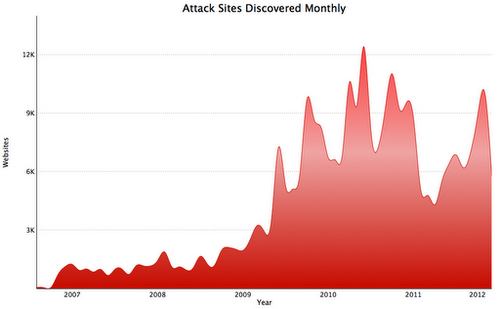 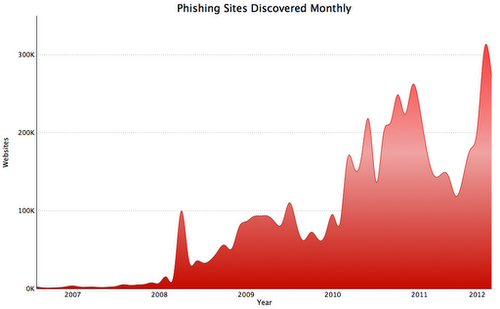 Google modestly attributes some of the better results recorded above to its own efforts, and says the data above “has become the de facto base of comparison for academic research in this space.”

Yet with criminals clearly adapting to even the Chocolate Factory’s efforts, there’s a certain “war on drugs” feel of futility about the research, as plainly even the best efforts of one of the Web’s mightiest companies is not reducing the incentive to have a crack at criminal activity online. ®