Did 1980s joystick deathgrip give you a claw hand?

Forty years ago today, one of the most iconic names in computing was born: Atari.

Atari succeeded at a time when there was no games biz, or even a PC industry as we know it today. Early components were built from scratch, the systems and manufacturing processes constructed for the very first time, and game play might be sketched out on the back of an envelope, ripped from an existing arcade title - or just stolen from the competition. 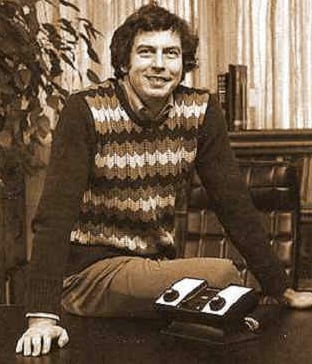 Bushnell with the Pong home console

Atari's success, however, came from one very simple game indeed: Pong. And Pong itself was born from a game called chance.

Nolan had been working in games arcades in Salt Lake City so saw the potential for people paying to have a good time. He tossed engineer Al Alcorn the job of building Pong to test his skills in building a version of another successful arcade game of the time.

Where did Bushnell get the idea for Pong? It seems from a visit to the office of Magnavox, makers of the world's first home video game console - the lesser-known Odyssey. Bushnell attended a demonstration by Magnavox on 24 May, 1972. Bushnell founded Atari on June 27 and Magnavox later sued Atari, along with others, for patent infringement.

Bushnell and Alcorn sold home Pong to their first distributor, US retailer Sears Roebuck in Chicago, before the unit had actually been manufactured - they had a working prototype.

As Alcorn recalled for The Reg, the buccaneering pair demonstrated Pong to the suits at Sears in 1974 who were interested in putting Pong in their Christmas catalogue. The Sears suits in their meeting recounted in great detail how they'd only had one product recall from that great catalog - a malfunctioning slot car.

"Nolan and I are listening to this and thinking: 'If this happens to us, we're out of business. We're risking the whole business on this thing,'" Alcorn said here.

Fortunately, they had Steve Jobs on their side. Or, rather, Steve Woz. Jobs had worked briefly with the Atari team in 1974 to build this single-player version of Pong, helping devise the prototype's hardware. He enlisted the help of his Apple co-founder, who was then working at Hewlett-Packard, and went on to architect the Apple I and II - two of the first CLI-based personal computers.

Pong was a blowaway success: nearly 150,000 home versions of Pong shipped at $100 a pop during Christmas 1975 with eager consumers lined up outside in the cold just to get on a waiting list.

Already change was needed, though, as the industry had recognized the potential for terminals that played different games loaded on interchangeable cartridges and Nolan needed money to build Atari's cartridge system, the 2600. This would be the system that consolidated Atari's place in the home and forged its iconic status. Bushnell sold Atari to Warner Communications for $28m in 1977, staying on as Atari chairman.

Again, as with Pong, Atari wasn't first but it did outsell its nearest competitor Intellivision. Delivered in 1977, the 2600 sold 30 million units during its lifespan. It arguably established the business model for today's games market: a successful hardware platform combining graphics, power and speed - today that would be a Playstation, Xbox, or iPhone - fed by popular titles that exploited the graphics, performance and so on.

Two things stood in the 2600's favor: the absence of PCs that might compete it out of the market and the accessibility of the games. Titles were bright and fun, and the game play simple - shoot or move.