Multimillion-pound hoard of 50BC GOLD PIECES found in Jersey

Iron Age was a golden era for someone

Two tenacious metal-detector enthusiasts have unearthed a record hoard of Iron Age coins in a field in Jersey. 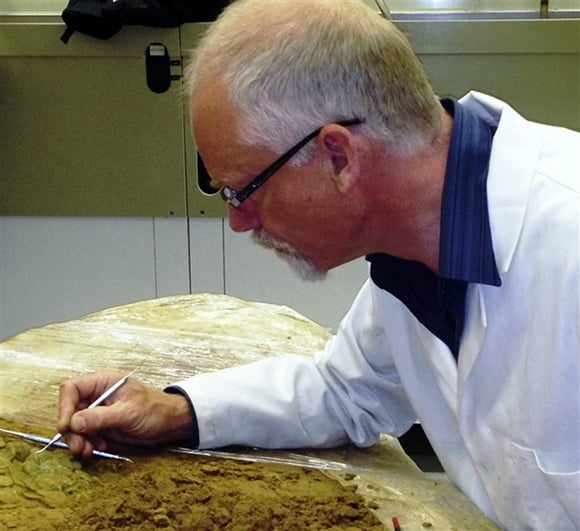 Reg Mead and Richard Miles went over the same area with their detectors over and over again for the last 30 years before finally finding thousands of Celtic coins that could be worth up to £10m, although ownership of the coins has yet to be decided, the Sun reported via the South West News agency.

Miles and Mead contacted Jersey Heritage when they realised what they had and the dig was run by archaeologists from there.

"This is an incredibly important archaeological find of international significance. The fact that it has been excavated archaeologically is also rare and will greatly enhance the level of information we can glean about the people who buried it," one of the diggers and the curator of archaeology at Jersey Museum, Olga Finch said in a canned statement from Jersey Heritage.

Usually, coin finds like this are dug up by the people who find them, often amateurs, but Miles and Mead left the hoard in situ and reported it straight away.

Jersey Heritage reckons the coins date from the year 50BC in the late Iron Age, when they may have been left by tribes crossing the sea to Jersey to escape Julius Caesar's armies.

HM Receiver General, which is always informed when archaeological finds include objects of precious metal, will liaise with Jersey Heritage to figure out who owns the coins. Both the finders and the landowner have said they want the coins to be put on display in Jersey. ®