Review Running network traffic over the data-unfriendly environment of mains wiring is a trick Reg Hardware has been enthusing about for some years now. Only once in that time has anyone integrated it into another product.

That, to refresh your memory, was a power brick Netgear put out for its routers. It was a standard AC adaptor with a built-in powerline feed and an Ethernet cable to get data in and out of the router. 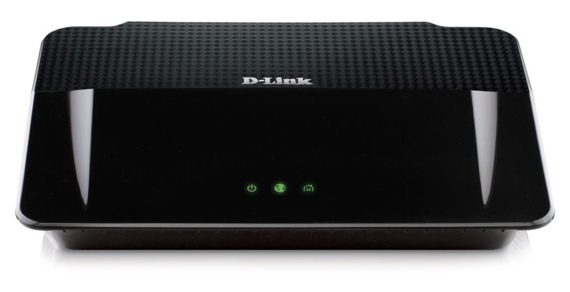 D-Link's DHP-1565 Wireless N PowerLine Gigabit Router may have a name that's a bit of a mouthful, but it's a far better attempt at powerline integration than Netgear's effort was.

This time the powerline adaptor – the power brick too, for that matter – are inside the case, so there are no extra cables to confuse the punters. It really is plug and go, and you can have the thing up and running – from a powerline perspective – in seconds.

The usual array of router portage – powerline runs through the A/C in, of course

The DHP-1565 doesn't come with extra powerline adaptors, so you'll need to factor in extra money for them, but you'd have to do the same if you were buying any other wireless basestation whose reach you want to extend with powerline.

The D-Link supports the IEEE 1901 standard at a peak speed of 500Mbps – that's 250Mbps peak on the uplink or downlink – which means it's also compatible with the 200Mbps HomePlug AV spec. The router's four Ethernet ports are Gigabit, as is its fifth Ethernet port, to which you hook up your broadband box. 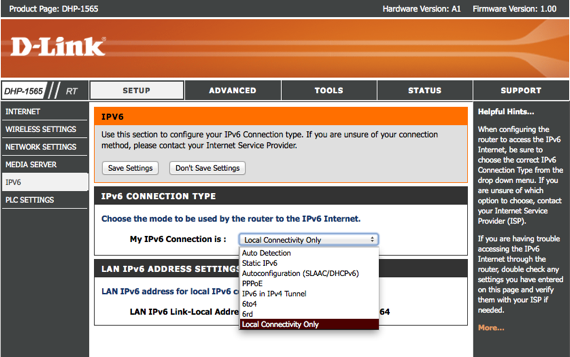 For folk like me who want to turn the device off when it's not in use – overnight, say – there's a power switch on the back, and switch to flip the box into Access Point mode if you want to use it that way.