What's that smell? Yes, it's death 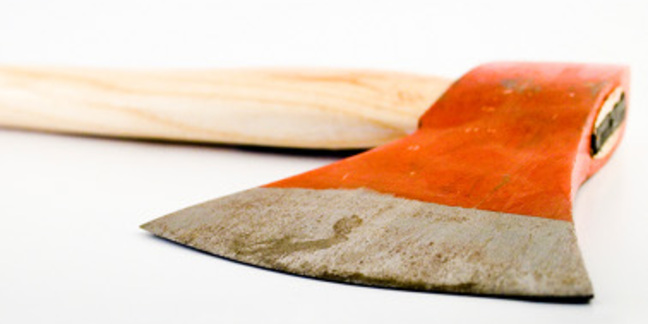 RIM has reported disastrous quarterly results and is delaying the launch of the new BlackBerry 10 operating system until next year. The company will also shed 5,000 staff.

In its latest earnings call the company reported revenues fell 33 per cent to $2.8bn in the last quarter, leaving them down 43 per cent on this time last year. RIM made a net loss last quarter of $518m, compared to a profit of $695m over the same period last year.

The company shifted 7.8 million handsets over the last three months, and 260,000 Playbook tablets, although in the latter case this had more to do with massive discounting than any strong consumer demand.

"I am not satisfied with these results and continue to work aggressively with all areas of the organization and the Board to implement meaningful changes to address the challenges, including a thoughtful realignment of resources and honing focus within the Company on areas that have the greatest opportunities," said RIM's CEO Thorsten Heins in a statement. "Our top priority going forward is the successful launch of our first BlackBerry 10 device, which we now anticipate will occur in the first quarter of calendar 2013."

Holding back BlackBerry 10 could be the final nail in RIM's coffin. The three months before Christmas are the busiest time of the year for mobile vendors, with some logging a third of their annual sales in the holiday season. The delay will mean RIM loses a shot at some of these sales, as punters are unlikely to buy handsets with an operating system that will be dumped next year.

RIM's development team have been making good progress with BlackBerry 10 Heins said, but the problems of integrating new code and applications was taking up more time than had been anticipated. The company wasn't going to start selling handsets with the operating system until it was working properly he explained, but RIM is still adding customers in all world regions except in its core US market.

On light of the delay Heins said that RIM would be accelerating and expanding its efforts to cut costs, with 5,000 jobs being cut in a move that will cost a one-time charge of $350m. The company has however hired a new chief legal officer to replace Karima Bawa, who jumped ship in May, with Steve Zipperstein, former general counsel of Verizon Wireless filling Bawa's stylish yet affordable shoes.

RIM stopped giving forecasts on its performance after its last quarterly results statement, but said that the next few quarters would be "very challenging," which is something of an understatement. The stock market makes its own predictions however, and RIM shares fell 17 per cent at one point before rallying. ®