Archaeologic The NewBrain was launched 30 years ago this month, but its arrival, in July 1982, was a long time coming. The genesis of the computer that might have been the BBC Micro - that might, even, have been Sinclair's first home computer - goes back more than four years to 1978.

The company that became known as Sinclair Radionics was founded by Clive - now Sir Clive - Sinclair in 1961. But by the mid-1970s it was to all intents and purposed owned by the British government. Overseeing Radionics' operation was the National Enterprise Board (NEB), an organisation established by the Labour administration in 1975 to promote the nationalisation of key industries, and it took partial control of Radionics in 1976. 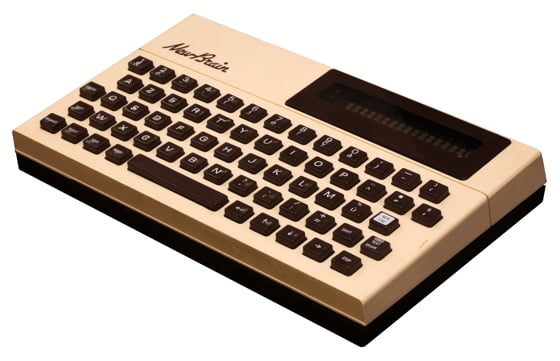 Two years later, the NEB agreed to fund the development, at Radionics, of a personal computer. The Apple II, the Commodore Pet and other similar machines had been launched in the US the year before to great success, and it was felt that a company like Radionics - particularly given Sinclair's keenness on producing technology products for ordinary people - could spearhead the micro revolution in the UK.

The proposed computer's hardware would be designed by Mike Wakefield, its software by Basil Smith. Having got the go-ahead, the two began work on the project in earnest.

In the same vein, the NEB agreed that year to fund Inmos, which would use the investment to develop an innovative new microprocessor architecture, the Transputer. You can follow that story here.

A micro for Blighty

Meanwhile, Clive Sinclair was finding government oversight a hindrance to his entrepreneurship and increasingly hard to cope with. Over the years, he had formed or acquired other companies and one, which had remained dormant for some time, was now brought back to life and renamed Science of Cambridge.

SoC would eventually be run by Sinclair ally Chris Curry, who would later leave to form Acorn. During 1977 and 1978, he oversaw the development of the MK14, a basic computer board conceived by Ian Williamson and which SoC would bring to market in 1978. Quite how much of the MK14 work was performed at Radionics and how much at SoC remains unclear.

What does seem certain is that Sinclair, if he was involved with the NEB-promoted micro project at all, felt that it could not be produced at a price that would make it accessible to "the man on the street". So he would focus his attention instead on a machine that could be.

Either that, or his hostility to the NEB - and therefore the organisation's apparently preferred microcomputer project - encouraged him to attempt to beat the quango at its own game. The MK14 was there in concept and in specification, and so Sinclair encouraged Curry to turn it into a product.

Whatever Sinclair's attitude to Wakefield and Smith's project, he quit Radionics in July 1979, went straight to SoC and took a closer interest in the work that would see the release of the MK14's successors: the ZX80 in 1980 and the ZX81 the following year.

Next page: Under new management
Page: