Take me as your leader

Sci-fi round-up Earlier this week, alien hunters donned their tinfoil hats for World UFO day and with Yanks celebrating Independence Day today, the topic of extra-terrestrial takeover lingers in the air. The public has even been debating who would be best equipped to tackle an alien invasion.

Whether that's Mr. Obama, his political opponent or Batman, let's hope we never have to find out. Then again, not all Martian mergers with Earth are malicious. Although, as with most news stories, people love a bit of shock and awe, otherwise what's the point?

This 1953 Arthur C. Clarke novel is a true exception to the norm, with a extra-terrestrial takeover that's actually peaceful. Well, sort of. The arrival of mysterious Overlords ends all war, helps form a world government and transcends Earth into a peaceful utopia. Cracks soon show, of course, with the transformation – which sees children develop telekinetic powers – not quite as harmonious as planned. Plans for a film have been in disarray due to various rights options – Kubrick even pondered on it but opted for 2001 instead – and the BBC knocked out a radio dramatisation of the novel in 1997. 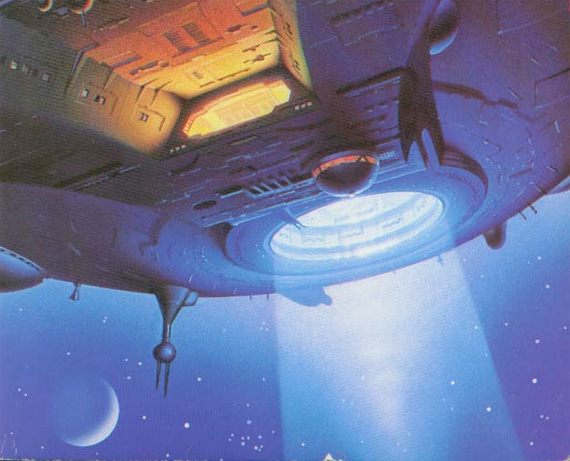 This South African thriller, synonymous with the country's apartheid era, sees aliens arrive in a large spacecraft above Johannesburg. Removed from the ship and given basic food and shelter, the prawn-like creatures slowly descend into civil unrest and tensions increase. District 9 Protagonist Wikus van de Merwe – originally tasked with relocating the beings – finds himself mutating into one and goes on the run from those who used to employ him.

The 'prawns' challenge The Predator – another Earth inhabiting alien – for first place in the "flange face" category. Liptastic. 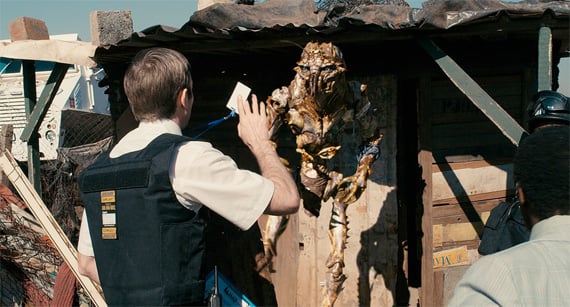 Being the day that it is – and the record breaking box office figures it set at the time – we'll throw Roland Emmerich's Independence Day in the mix, you can't really ignore it. You know the drill: alien beings come to Earth with attack in mind and American authorities make plans to counteract the threat.

Will Smith – whose inclusion here means his role in a black suit and sunnies goes unmentioned – predictably saves the day. Was that a spoiler? 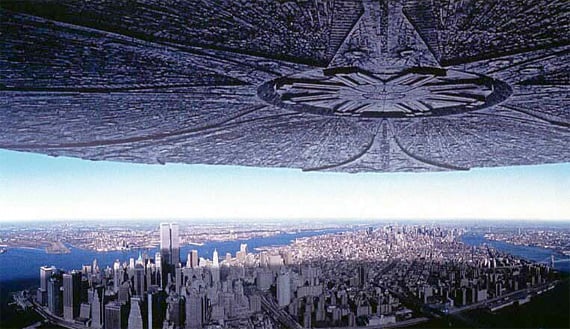 1953's Invaders from Mars was unique in many ways. Not only did it tell the invasion scenario through the eyes of a child, but its use of imaginative set designs and odd atmospheric soundtrack helped the film standout from the hordes of extra-terrestrial B-movies that littered the era. Essentially it's another alien inhabits human body concept, though.

As distributors here in the UK were unhappy with the film's ending, Invaders was re-edited for Blighty to exclude the "was-it-just-a-nightmare" situation in favour of a more definitive conclusion. Been there, done that, more ideas please. 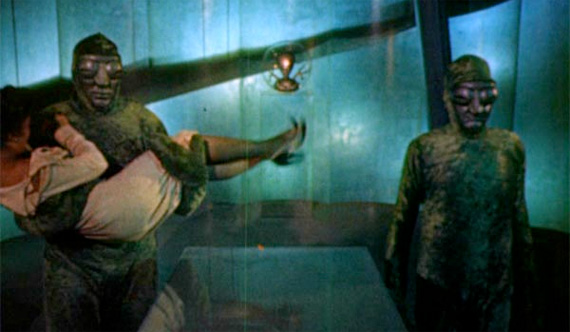 Invasion of the Bodysnatchers

Actually, scrap that sentiment, we're sticking with the body inhabitation theme for now.

This time-honoured alien flick dates back to Jack Finney's 1954 novel The Body Snatchers. It depicts an invasion in which a gelatinous alien life-form colonises human bodies, leaving them devoid of emotion and personality. It's a similar premise to several stories of the time including Robert A. Heinlein's The Puppet Masters, in which slug-like creatures take over the minds of human beings after leeching onto the back of their necks.

The original film adaption, Invasion of the Bodysnatchers in 1956 was followed by a magnificent remake in 1978, which has since been duplicated on Blu-ray. Quality. 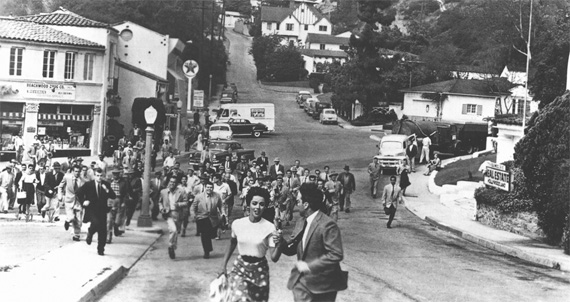