The latest 'iPad Mini' rumours don't tell us anything more about the putative device than we knew already - what's telling is where the rumours are being reported.

Step forward news agency Bloomberg and newspaper The Wall Street Journal. Both covered the 7.85in tablet this week, both citing the inevitable, unnamed "people familiar with the situation".

If Apple is indeed preparing to launch a smaller iPad in the autumn, it'll not only start production round about now, but it'll begin its PR offensive too. While the company is clearly not going to acknowledge the unannounced product, it will begin spinning the notion of one, as much to help discourage its rumour-eager and gadget-hungry audience from giving up on the wait and jumping ship to rival offerings. 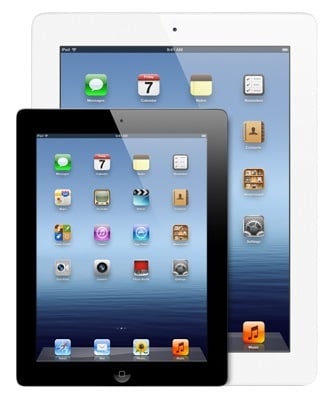 Rival offerings there are: Amazon's Kindle Fire, though that appears to be smouldering now rather than richly ablaze. But the Google Nexus 7 is another matter, generating lots of headlines and some very positive reviews.

Time, then, to start seeding some FUD, a standard weapon in the PR's arsenal. The people "familiar with the situation" then are, we'd be willing to be, quasi-official, authorised to tip the wink to two big news organisations that Apple has always courted.

If Apple is making a few covert leaks, the take-away is clear: the 'iPad Mini' is coming, and it's not so very far away. ®