The first platter laid before the judging panel was the huevos rancheros... 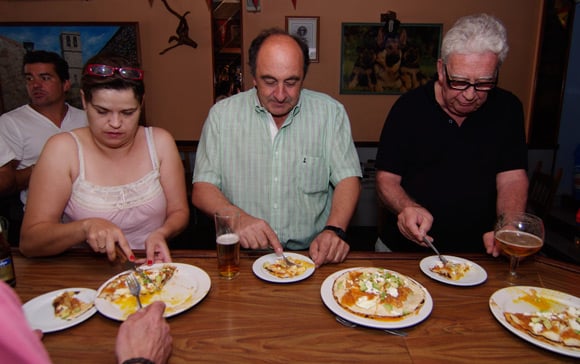 In the centre we have local builder Fernando, flanked by Yoly and PARIS vet José María Pita.

History records that Fernando wasn't much taken with mealy pudding, but in this case didn't require emergency beer intake to mitigate the effects of foreign food poisoning.

In fact, the bloke tucked into his huevos rancheros with gusto, although Luis Angel (seen left in photos above and below**) took a little more convincing: 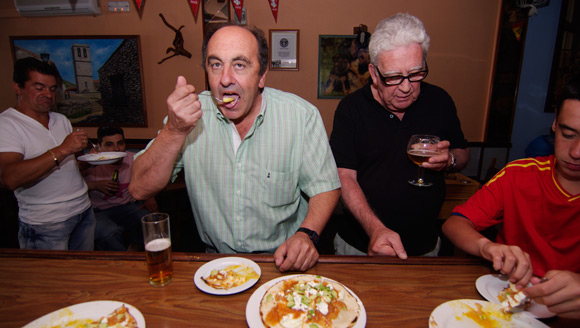 Regarding the overall verdict, it took locals around five minutes to demolish three servings of huevos rancheros, which one satisfied customer declared "the best recipe you've done since kapsalon".

High praise indeed. The moment had now arrived to roll out the haggis pakora, and since Spanish palates aren't well suited to spicy food, I feared the worst.

Begoña had already refused point blank to try this Scottish delight before we even got to the frying bit of the recipe. Detinning the haggis with a look of horror and disgust, she declared: "I might feed this to a cat, but only if I really disliked the cat."

Here's José María Pita and his other half Fina gamely tucking in, while Diego monitors the situation in case he needs to call an ambulance: 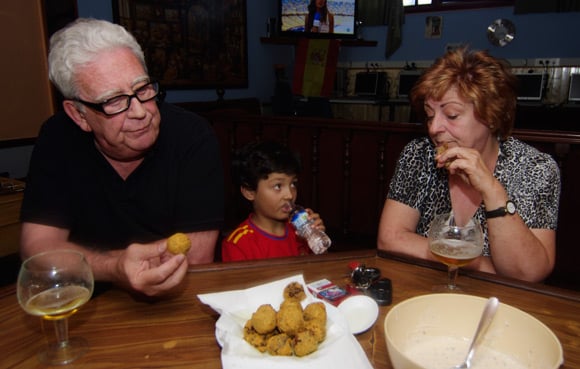 Fernando had already disappeared in a puff of smoke, having quaffed two emergency beers in vain. His missus Lourdes stood her ground rather more gamely, although her face shows she's not much of an Indian spice aficionado: 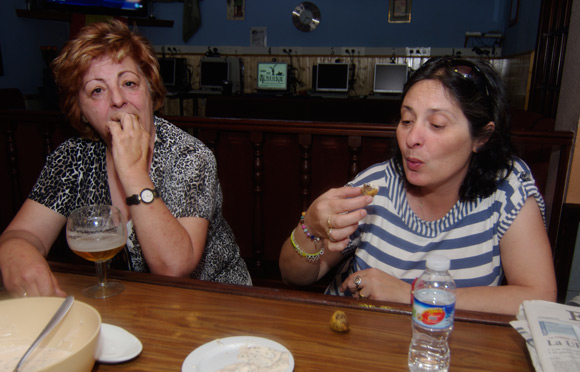 Surprisingly, it was young Andrés who really took a shine to haggis pakora, enthusing he'd "eat that anytime"... 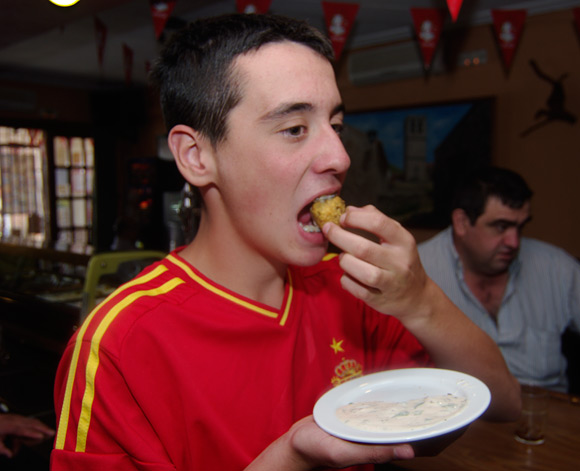 I would, too. In summary, we'd advise readers to add both huevos rancheros and haggis pakora to their post-pub nosh manifest.

We're currently compiling a list for future culinary contenders, so if you've got suggestion for a dish you'd like to see enter the arena, you can make your pitch right here. ®

*In my quest to find fresh coriander, I may as well have been asking local shopkeepers for boiled lark's tongue in sea urchin purée.

**If you look carefully, on the wall behind Fernando's head is our PARIS Guinness World Record certificate, which is displayed with much pride in Bar Almanzor.