Lowery: The blue-collar musician at the eye of the copyright storm

The first generation to love the Man and hate grungy artists

Interview A few days after we linked to his long, exhaustive talk about the state of the music business, musician and songwriter David Lowery hit the headlines in the USA. In a blog post replying to NPR intern Emily White, Lowery summed up how the 'don't pay for music' argument sounded to him:

The post, which attacks the cynicism of the tech industry and 'Free Culture' Movement, received millions of hits and enormous exposure.

I caught up with the Cracker and Camper Van Beethoven singer last week. In a follow-up, we'll focus on where the industries can go next - file your questions below or by email here.

Were you surprised at the national exposure given to your post? Why did it ignite such a debate?

It's less to do with my writing, than that there's a vacuum for somebody to say that, essentially, if you're a fan of musicians, then you should make sure they get paid.

So there was an opening for somebody to say something that was more commonsense.

The debate's very old now - twelve years since Napster was at its peak. And if you asked me ten or twelve years ago that we'd be where we are now, I'd have said you're crazy. We have services but the markets are sickly. Investment is disappearing and musicians are getting poorer.

Who this affects is the 99 per cent of musicians - the Middle Class of the business. It affects the top end, but it has affected us much more.

There's a reluctance on the tech side to acknowledge that you can't have a functioning market without some kind of property enforcement. And I'm reluctant myself, to be honest.

You want to appeal to people's better nature.

It's surprising where some of the opposition to enforcing property rights comes from. I'm thinking of some libertarians. In real life they're polishing the armour and painting the 'Keep Off My Property' signs. But when it comes to the internet some of them just throw these principles right out of the window. I'm fascinated by this. Why do you think it is?

If you go back to Bastiat, liberty really depends on private property. He's kind of their Ur-Reader. It's one of the foundations of libertarianism - I think Bastiat would say something completely different about cyberspace to what a lot of Bastiat readers would say.

The internet is already censored

I guess when I was first in bands, and I'd just graduated from college in the 80s, I worked for these guys who are libertarians. I ended up reading a lot of this libertarian literature. It stuck with me all these years. It stuck with me all these years: mass collectivisation of our copyrights, of private property, I started thinking about this again. I was like, 'wow! Why haven't the libertarians really picked up on what their forefathers said. There needs to be some protection of the virtual property or you'll never have liberty or freedom on the internet'.

With older, more intellectual libertarians they like the argument, it convinces them.

Part of the Left has always had this history of making Utopian grand plans. Think of HG Wells, for example. They have no idea of the human collateral damage of their schemes. 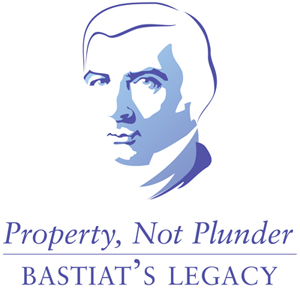 It's the liberal academic (liberal in the American sense) who is most likely to argue this without even thinking through how it might affect individuals like myself. I don't necessarily want all my songs on YouTube. I would like to hold some of them back, so people buy the album, for example. Think of the effect it has on individuals.

They don't realise how essentially working class the music business is. Most people who work in the music business are almost like skilled Blue Collar workers, working on guitars, or drivers, or engineers in the studios. It just seems really odd. I feel like I've been attacked by a liberal academic elite, and it's attacking what's largely a working class profession.

What happened after SOPA is that the radical wing won, so there's no middle ground any more

I went up to Capitol Hill this year with East Bay Ray of the The Dead Kennedys. What we did find, which is really fascinating, is we didn't have to explain much to conservatives. Once we said this is about healthy markets, we were in, and they were listening. With the more liberal members, Democrats, they kept throwing up these roadblocks about freedom and censorship.

I get it, but the internet is already censored. For instance, I've never seen anything pornographic on You Tube. They are filtering what is going up there. I've never seen a brand like Coca Cola, a real mainstream American brand on ad networks. They censor that too. But they claim they aren't. Whenever you're arguing with somebody so disingenuous, you have to throw out everything they're saying.

But any enforcement, even gentle speeding-tickets, means the end of the Garden of Eden. The unicorns will die! I think part of the problem is that any digital rights group that compromises, stops saying No, and says 'Actually that's a pretty fair and sensible measure we'll back that' - will lose its members to the No Enforcement At Any Time camp. The Pirate Party, for example.

I think digital rights people are hamstrung, they can't be a postive part of the conversation any more. It's a waste of time going on TechDirt to argue your opinion, it's an echo chamber of people who belive what they want to believe.

Billy Bragg tried and found this out the hard way.

Basically with those organisations, like EFF or Public Knowledge, there probably are some moderates there, but there are no people there you can convince to do anything. Jonathan Taplin, who's on the board of Public Knowledge, said they get half of their money from Google. So the thing to do is not engage those groups - and just talk to Google!

The digital rights groups have made themselves irrelevant by saying no to everything.

What happened after SOPA is that their radical wing won, so there's no middle ground.

Next page: What Is To Be Done
Page: