Google has also rewritten its speech recognition engine for Jelly Bean, so that it works independently of a data connection. In tests, it's very good, although it did show problems with the word "virgin," which was a pain when trying to book a flight. The software keyboard is also much improved over past Android builds, with better predictive capabilities. 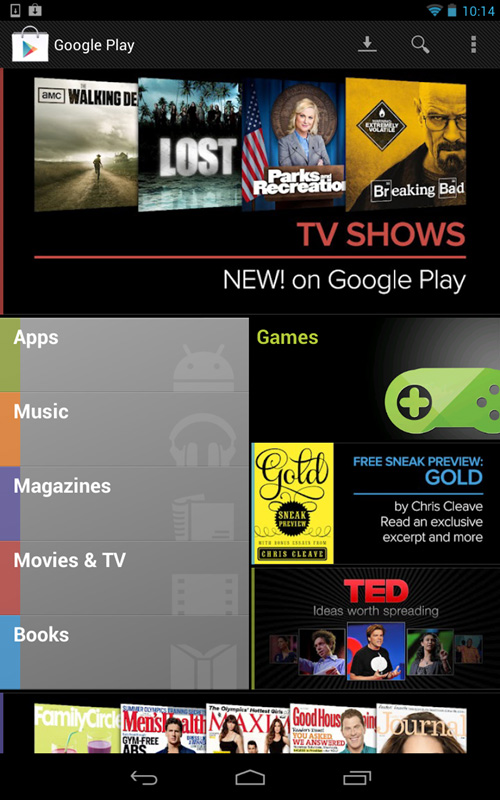 The Play Store lacks the content of the competition

Jelly Bean also comes with Google Now, which the Chocolate Factory is billing as the next generation of personal search. The application is accessed by swiping up from the bottom of the screen and displays a series of information widgets, which it generates using data like location, calendar and search history – all on an opt-in basis.

The idea is that Google Now will build up a profile of the user and be able to do useful things, like calculate the journey times to appointments without being asked or suggest music or films you might like. It's certainly relatively smart, but whether or not people like Now is going to depend a lot on their attitudes to privacy – Google will have to step very carefully to avoid alienating users. 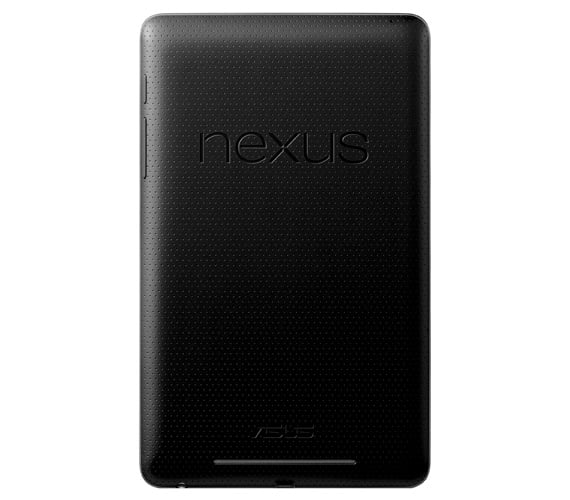 No rear facing camera, just the 1.2Mp shooter at the front

The Android Play Store offers reasonable number of applications and content for the device, and users get a £15 ($25) free gift card to get them started. Google still can't match Apple and Amazon in terms of the range of content available – or frequently on price. Google also claims the world's largest ebook collection and has included a copy of Eric Van Lustbader's Robert Ludlum's The Bourne Dominion with the Nexus.

Regarding security, the Nexus is simple to encrypt and can cope with a variety of CA and client certificates, and supports x.509 encryption certificates saved in .crt, .cer, .p12 or .pfx files. Google has also included the face unlock feature, using a picture taken from the forward facing camera, but the company even admits that this is the least secure option for the fondleslab. 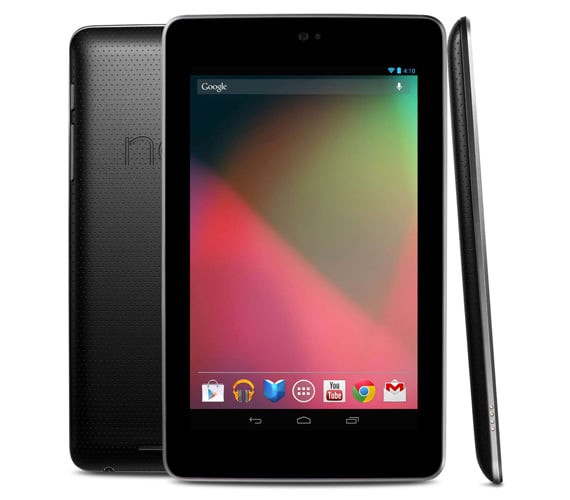 Look no further for a first taste of Jelly Bean

At the price point, there's nothing to beat the Nexus 7 and it leaves more expensive fondleslabs looking very underpowered and dowdy. That said, it doesn't compete with the iPad, but it's not meant to. Instead Google has come up with a tablet that's ideal for the morning commute, most flights or as a second screen device for the home.

This size of device will fit most inside pockets or purses, can be held one-handed comfortably for longish periods, and is perfect for gaming. Angry Birds on the Nexus 7 is fun to play, compared to a smartphone-sized screen, and the size and tactile response makes it suitable for a generation of gamers raised on hand-held consoles.

Admittedly, the Nexus 7 needs a 3G version for true data portability, an absence which might deter some. Likewise, it can't match the media choices of Apple or Amazon and it won’t give the massive battery life of an e-ink reader either. Even so, the Nexus is good enough to make it a logical choice for anyone thinking about a smaller tablet for reading or watching video while out and about, and it's a steal at the price. ®