The US is deploying a fleet of robotic submarine mine clearers to the Middle East to counter threats by Iran that it will close off the Strait of Hormuz, through which a fifth of world oil supplies travel.

The Sea Fox submersibles, manufactured by German firm Atlas Electronik, come equipped with a TV camera and sonar and are deployed from minesweepers or helicopters. Once in the water they can be controlled via a fiber optic link and are designed to locate mines and explode them using a shaped charge that was originally designed to destroy tanks.

The units are 1.3 meters long and weigh about 43kg, with an operating depth of 300 meters. They are quite sluggish, with a top speed of just six knots, but since mines are usually static or simply drifting this is enough to get them into position for detonation. Some models are unarmed and used solely for scouting out new targets. 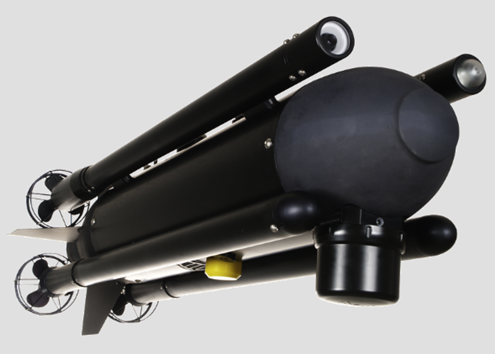 The Sea Fox goes after mines in a kamikaze mission

One downside of the Sea Fox is that the destruction of target mines also destroys the submersible, and at around $100,000 a unit it's an expensive way to clear obstacles. While this is not as expensive as seeing a warship or supertanker holed and sunk, with Iran claiming it has thousands of mines ready to deploy the final bill for any conflict could be high.

The US has refitted one of their older warships, USS Ponce, to act as an Afloat Forward Staging Base (AFSB) for the Sea Fox fleet and it has joined eight minesweepers and a fleet of MH-53 Sea Dragon helicopters in the Gulf. The US now has several carrier groups in the region and dispatched a squadron of F-22 stealthy fighters there in April. 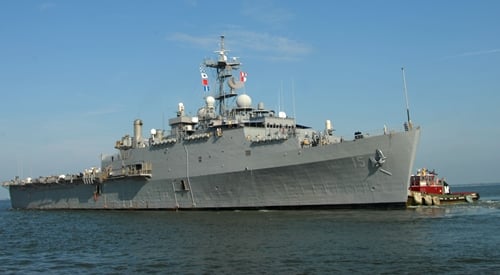 "Who are you calling a Ponce?"

Officials in Iran have threatened to shut the Strait of Hormuz if sanctions against the country continue. At its narrowest point the Strait is just 34 miles wide and Admiral Habibollah Sayyari of the Iranian navy told the BBC that the country could close both it, and the surrounding seaways, using its fleet of midget submarines and fast attack boats – both of which have mine laying capability.

"Closing the Strait of Hormuz is such an easy job for the Islamic Republic of Iran's armed forces," he said. "It's actually a basic capability of the navy." ®