Pics A Brit amateur balloonist has pulled off two major achievements: getting his hands on a wallet-sized Raspberry Pi computer and then sending it heavenwards to 39,994m (131,200ft).

Over the weekend, Dave Akerman's PIE1 payload was carried aloft into the stratosphere under a latex meteorological balloon, sending back live webcam images - something which Dave notes "hasn't been done very often". 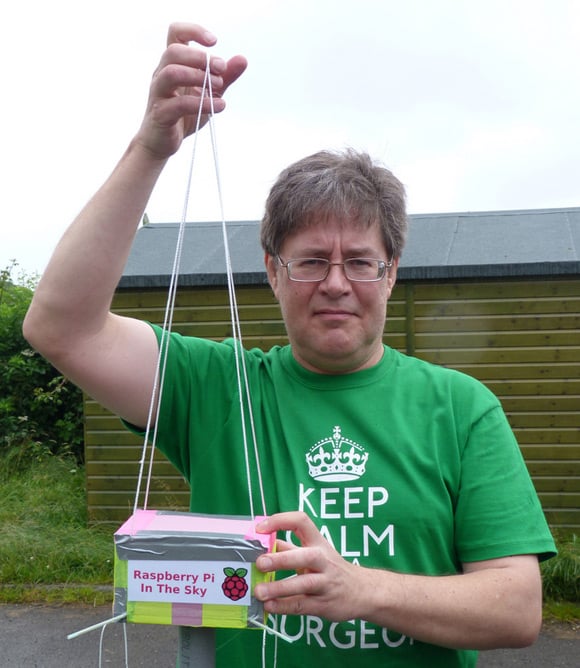 In early May I received my first Raspberry Pi computer, and having flown several high-altitude balloons before I thought about using one as a flight computer. In almost all of my previous flights I used Arduino Mini Pro boards, and these are ideal – tiny, weigh almost nothing, simple and need very little power.

I looked at the Pi and saw none of these desirable features! What I did see though was a USB port offering quick, easy and inexpensive access to a webcam, meaning that for the first time I could have live images (Slow Scan Digital Video) sent down by my payload.

Concerned that the low-heat dissipation at altitude might cause the cheap-as-chips ARM-powered Pi to overheat, Dave added some heatsinks to his board... 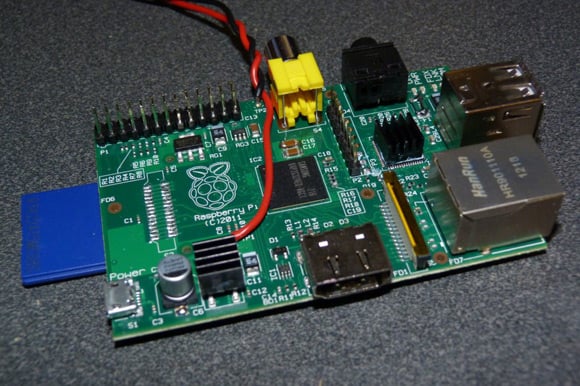 ...then rigged a "Radiometrix NTX2 radio transmitter to send the telemetry and images down to the ground, and connected that to a simple GPS receiver": 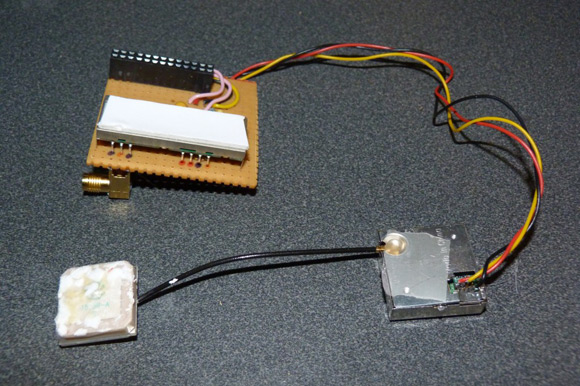 The launch was from Dave's home village of Brightwalton, in Berkshire. Dave told El Reg he was using a 1200g Hwoyee balloon, and expected a burst altitude of around 34,000m (111,500ft). 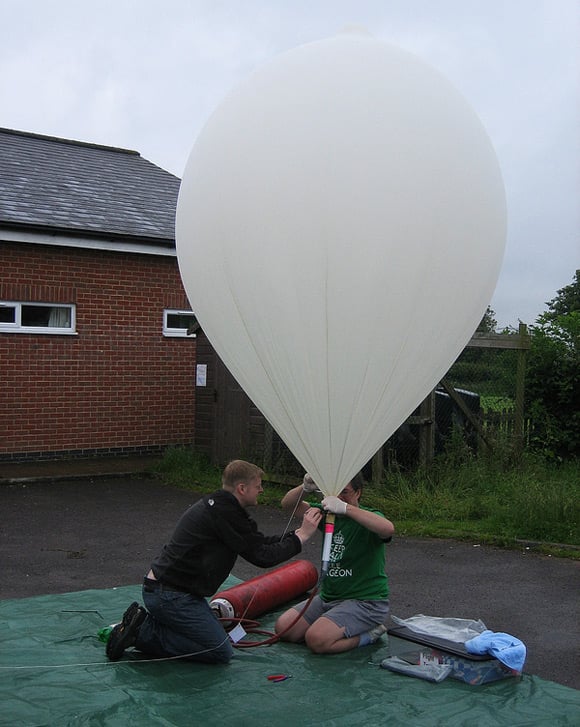 The webcam proved a great success. Here's an image transmitted from altitude before the Linux-powered Pi payload finally came down in a field north of Oxford: 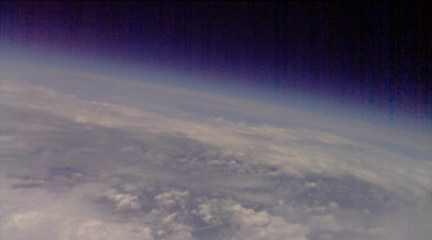 Dave's orb was filled with hydrogen, as indeed were all of the mighty globes currently occupying the top six positions in the UK altitude record chart.

Doubtless this will renew efforts by inflammable gas experts to convince us to use hydrogen for our Low Orbit Helium Assisted Navigator (LOHAN) mission, but we're sticking with cigarette-friendly helium, thanks very much. ®

All snaps are © Dave Akerman, who we thank for permission to reproduce them here.