Core i7 beast of burden

I’m currently mourning the demise of the 18-inch Dell XPS that I’ve been using as a TV/DVD player in my bedroom for the last five years. Hardly anyone seems to make 18-inch laptops anymore, but Dell has come up with a good alternative in the form of the new Inspiron 17R SE (Special Edition). 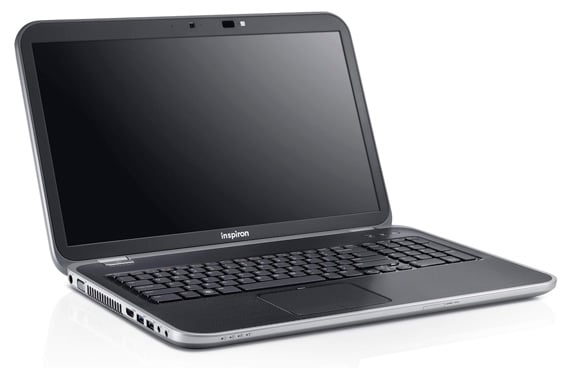 There are five models in the SE range, all with the same 17.3in screen. Prices start at £759 for a model with an Ivy Bridge 2.5GHz Intel Core i5-3210M, although on test is the top-of-the-range quad-core model. This comes in at £959 and is home to a 2.3GHz Intel Core i7-3610QM, 8GB RAM, and 1TB hard disk. In addition to the Ivy Bridge integrated HD 4000 this model also includes a separate Nvidia GeForce GT 650M to deliver a graphics boost, with the laptop being able to auto-switch between the two depending on the software that you run.

The ‘Special’ tag refers to the fact that these models have 1080p resolution, as well as speakers designed by Skull Candy – a brand of headphones favoured by the young people of today, m’lud. There’s also an extra special edition with a 3D screen and Blu-ray drive, although that takes the total price up to £1200. 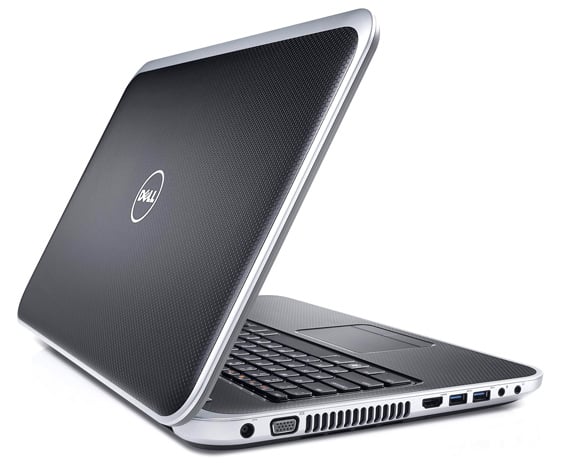 Since reviewing Apple’s new RetinaBook recently, I’m not entirely sure that 1080p is all that special these days. Still, the screen on the Inspiron certainly performs well enough – bright and clear, with a non-reflective matt finish that's very much welcome. The viewing angle is also very good – almost a full 180-degrees – so it’ll work very well for watching video when you’re slumped on the sofa, or for giving a presentation to a group of colleagues gathered around a table.

The speakers are also a step up from the laptop norm, producing a fuller, more solid sound than most laptop speakers. There’s still a bit of a tinny edge to the output, but the Inspiron 17R SE can at least handle a spot of casual music playing without resorting to headphones. 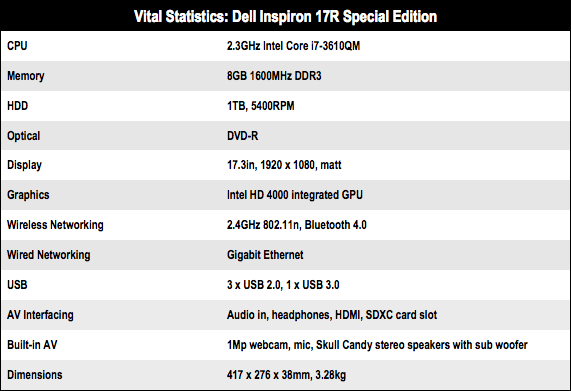 Next page: The elephant in the room
Page: