Core i7 beast of burden

The elephant in the room

There’s no such thing as an elegant 17in PC laptop, but the Inspiron has a good shot at it. The matt black finish and silver trim give it a neatly understated look, and my only real complaint about the design is that the keyboard feels a little cramped. The trackpad is pretty large, which is good, of course, but I reckon the trackpad could have been trimmed a little to make a bit more room for the main keyboard. 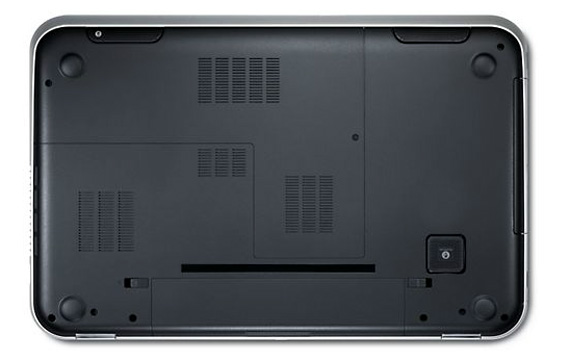 If you really need portability, the battery can be swapped out

I was initially surprised by what appeared to be a relatively modest score of 2700 when running the PCMark 7 benchmark. Then I remembered that the Inspiron 17R is equipped with a conventional hard disk rather than the SSD units found in so many recent Ultrabook models. With the latter, the score can notch up by another 1000 points. Yet for an HDD laptop, it's in line with expectations and it’s also a 5400rpm drive, which does leave room for improvement if you need the capacity of a hard disk.

Other non-SSD Core i7 laptops – such as the Samsung Series 7 – deliver a similar score and, likewise, are more than fast enough to cope with routine web surfing and office work, as well as more demanding tasks such as video-editing. Furthermore, the Inspiron's GeForce graphics card achieved a speed of 80fps when running Far Cry 2, so it can handle some decent gaming action too. 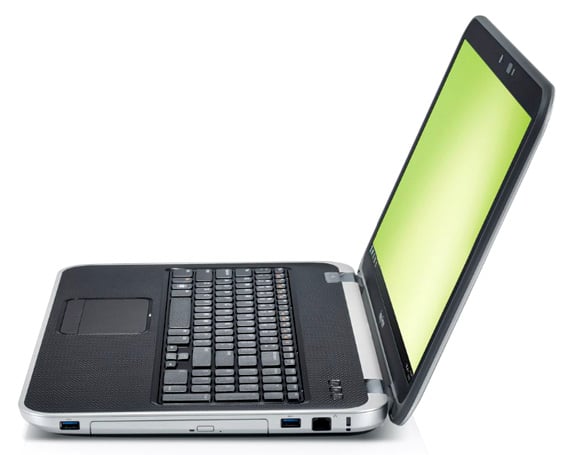 The only real weakness is battery life. The large screen inevitably requires a lot of power and looping PCMark 7 ran the battery flat in barely 75mins. However, Futuremark's Powermark battery benchmark returned a duration of 90mins. Resorting to Wi-Fi to stream BBC iPlayer video stretched that out to about 2hrs, but that’s still a long way from the 5hrs-plus that many smaller laptops now offer. To be fair, there aren’t many 17in laptops that provide better battery life, and with a weight of 3.28Kg it’s clear that the Inspiron 17R SE is primarily meant to live indoors and within easy reach of a mains plug.

The battery life is underwhelming, but that’s the only real weakness in the Inspiron 17R SE. Its strong performance and large, attractive screen enable it to handle a wide range of tasks. Certainly, it will be a good choice for anyone that needs a desktop-replacement machine for the office or a versatile entertainment system at home. ®