Two years in, and still not quite a cloud operating system

From Austin to Diable to Essex

At the moment, there have been over 200,000 downloads from the OpenStack repository, and that doesn't count all of the versions that have been repackaged by Canonical, SUSE Linux, Piston Computing, and Stackops. There are over 100 commercial clouds running OpenStack today, including ones from AT&T, HP, Deutsche Telekom, DreamHost, Korea Telecom, NTT, and Internap.

And, of course, soon Rackspace itself will offer a commercial cloud. It is currently in the process of beta testing the "Essex" release in production. (The Swift controller has been used for years in production at Rackspace for the Cloud Files service; what is changing is the move to the Nova compute controller and all of the other tools that wrap around the two.)

The Essex release had 235 code contributors, according to Curry, and even though the OpenStack Foundation, formed late last year and moving towards taking over the steering of the various OpenStack projects that make up the cloud control freak.

Curry says that the foundation will take control in the next two to three months, when the trademarks and other intellectual property will be transferred to the foundation, and that the goal is for this to happen before the OpenStack Design Summit in October. The governance documents for the foundation have been drafted and are sufficiently rigorous for Red Hat to join up. OpenStack is searching for an executive director at the moment and is doing interviews. 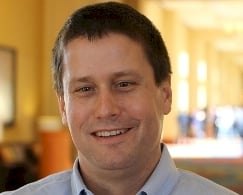 "We used to manage the project, but we are now acting as a member of the community," says Curry.

In the wake of the initial code dump from NASA, Rackspace was pretty much the only code contributor to the project, but now Rackspace's contributions are down around 50 per cent – and that is against contributions that are two to three times as great as when the project was first started two years ago. So the amount of code coming out of Rackspace is actually growing, but that contributed by other community members is growing much faster.

"The rest of the community is taking responsibility for the project, and that is what we want. We didn't open source this because we wanted to control this," Curry says.

In fact, Curry says that Rackspace expect for the foundation to take control of OpenStack until 2013 or 2014, so if anything, getting it done by this October is early.

Incidentally, the OpenStack Foundation just announced in a blog post that individuals in the OpenStack community can now formally join the foundation and therefore have a say in nominating board members.

OpenStack: Folsom and beyond

With the Linux kernel and its related operating system layers in the late 1990s and early 2000s, each subsequent release was important because so much functionality was being added every time Linus Torvalds gave the go-ahead. Linux today is much more sophisticated and useful, but the changes are arguably not as jarring as they were, because Linux and the process by which it is created are both more mature.

As a two-year-old, OpenStack is still, in many ways, trying to code wings onto the airplane as the fuselage rockets down the runway towards liftoff. It is a fun time for OpenStack contributors, and this, says Curry, is one of the reasons why the ramp for OpenStack is steeper than that for Linux at the same point in its cycle.

"The promise of an open cloud is a very interesting problem to work on," says Curry. "We got into a market that clearly needed a solution."

It took a dot-com bust to really put the shine on Linux and take the bloom off Unix and proprietary machines.

The next release of OpenStack is code-named "Folsom," and it has just passed its third milestone, with the goal of getting it out the door in the last week of September. It will add Quantum virtual networking, Ceph block storage, and substantial enhancements to the Nova compute controller, the Glance virtual machine imaging system, Horizon management dashboard.

"Folsom is coming along well, and we have a lot of new things coming," says Curry. But speaking on a personal basis, not as someone in charge of OpenStack but as a member of the community, Curry wants the OpenStack community to slow down a bit.

"I am glad that all of these features are being added, but my personal focus would be to make this more usable," he says. "The speed of feature additions is not always conducive to ease of deployment and management."

That, ultimately, may be the other big selling point for OpenStack over other alternatives, aside from it being free if you are smart enough to support it by yourself (just like Linux). The Penguin was never going to be able to knock Windows off the desktop because of the overwhelming familiarity (and for many, contempt) that we all have with Windows as it has grown up on our desktops and moved into servers over the decades.

But in the cloud operating system racket, nothing is familiar because, quite honestly, so few companies are really doing anything more than server virtualization. OpenStack has an even chance of beating VMware vCloud, even if Citrix tries to go its own way with the Apache-licensed CloudStack and hitches its future on compatibility with AWS.

Microsoft is always a wild card because there are so many Windows servers out there and it can give away for free what others have to charge for. Red Hat is trying to do its own thing with OpenShift and CloudForms, but it may just give in, move to OpenStack once it matures, and ship a commercial-grade variant with support.

Year three promises to be interesting for OpenStack. That's for sure. ®