As you're doubtless aware, our shed-built hypobaric rocket motor test rig has proved a bit of a palaver, and the first foray into REHAB ended with both AeroTech and Cesaroni motors failing to ignite.

The probable cause was heat not being transferred from the igniters to the powder charge at the 20mbar test pressure, so we began to mull more effective ways to light LOHAN's fire.

At this point, Rob Eastwood, a regular Reg reader and Head Firer for Flashpoint Fireworks, got in touch to say he reckoned he had the solution, and quickly sent over this custom-made igniter concept:

Well, the real thing arrived this morning at the SPB's mountaintop complex, along with "a few other bits and pieces" Rob kindly threw in for us to "play with".

Here's our igniter and pyrotechnic arsenal, which according to a quick search on the interwebs, means we currently have a greater military capability than some small island nations: 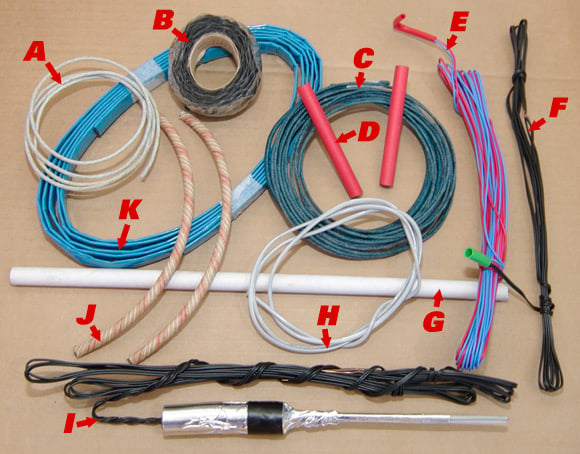 We've managed to resist the temptation to storm some Pacific beach as a prelude to establishing our own Tracy Island, and are instead rigging a wire support from the rocket motor casing to the custom igniter to ensure the PIC stays in place.

As soon as that's done, we'll be ready to stick the whole thing in the REHAB chamber for another low-pressure blast.

Before we do, though, we'd like to give a tip of the hat to reader Nick Woodruffe, who also dropped us a line offering his own custom igniter. Nick, who owns Cotswold Fireworks, had been thinking along the same lines as Rob, and believes we are indeed on the right track to light LOHAN's fire.

We shall see, because the moment of pyrotechnic truth is nigh...®

But why Elon Musk's satellite broadband biz and not govt-funded OneWeb?
Networks1 Dec 2022 | 2

Why not recruit mature folk from outside industry? Why not keep experience in place for longer
Offbeat1 Dec 2022 | 44