Wants to transparency to provoke debate

Black Hat 2012 When he's not working on DNSSEC, Dan Kaminsky is taking on censors, both in government and in private industry, with plans for a series of user-friendly tools that will map out where information is being deleted or blocked online.

Last year Kaminsky released his n00ter tool, which mapped internet traffic speeds to spot any monkey business by ISPs on the censorship front. But the tool was difficult to install and use and lacked wide support, he acknowledged in his presentation at this year's Black Hat conference in Las Vegas.

To rectify this he's working on a new system, due to be released in the next few months, which will be a simple browser add-on that can map out where censorship is occurring. Kaminsky said that he wasn't looking to run a censorship information service himself, but to provide a large data set to privacy organizations that do, like OONI-Probe, Herdict, and the EFF.

"It's crowdsourcing censorship detection," he explained. "The internet is becoming less and less flat every day. The actual content that you see on the network is changing based on where you are because ISPs and governments are altering content." 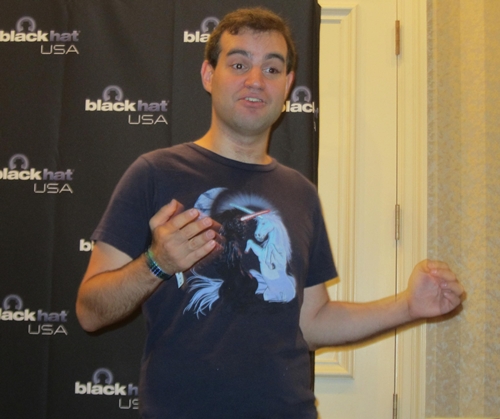 Censorship needs to be pointed out, warns Kaminsky

Kaminsky cited the example of Verizon, which is currently trying to contest the Federal Communications Commission's Open Internet Order, which insists that ISPs can't censor content for payment, or if they disagree with it. Verizon is claiming that it can do what it likes with content under First Amendment free speech rules.

"Just as a newspaper is entitled to decide which content to publish and where, broadband providers may feature some content over others," Verizon said in its filing. "Although broadband providers have generally exercised their discretion to allow all content in an undifferentiated manner, they nonetheless possess discretion that these rules preclude them from exercising."

Kaminsky's plan is to release a tool which will capture the actual identity of the certificate used in a connection, to counter spoofing and intervention by third-parties. This will collect a data set and allow users to know just how their connections are being managed.

"My goal here is transparency," he said. "If networks are going to be blocking or altering content, let that be transparent, and let us have that political discussion about what that means. We can't have the discussion until there's awareness and these tools exist to increase that." ®