Another blower for beer baptism benchmarking

The 8GB of storage written on the box equates to 4GB for files and 1.8GB for apps but you also get a microSD card slot. Again at the price this seems eminently reasonable and certainly better than what’s offered by the HTC One V. 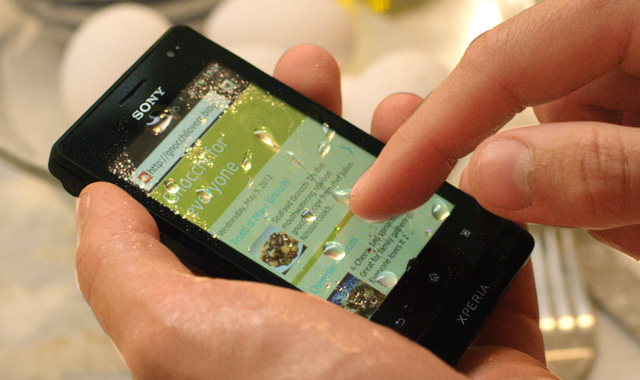 Like the equally waterproof Panasonic Eluga, the Go passed the Reg’s rigorous dump-it-in-a-pint-of-beer test with flying colours. It also survived in the shower. Again, as with the Eluga, the touchscreen doesn’t work submerged and behaves erratically when water flows across it. 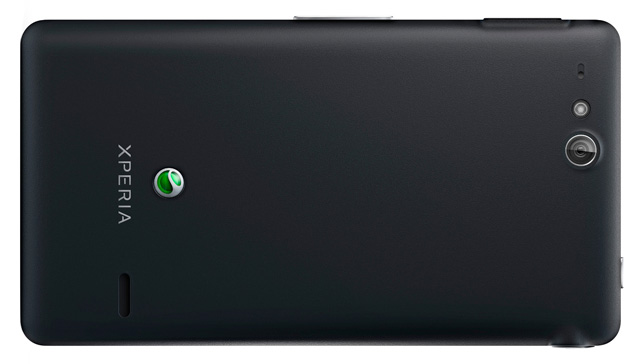 Naturally, at this price, some compromises are unavoidable. Firstly, there’s no webcam – though in the post-Nexus 7 Taylor world, that is no biggie. I can also live with the lack of HDMI or USB-MHL and the 5Mp camera being only able record video at 720p, which it does rather well. The kick in the nuts is that out of the box the Go runs Android 2.3 Gingerbread rather than version 4, Ice Cream Sandwich. This is utterly inexcusable now that ICS has been out since the Go was nothing more than a scribble on the back of an envelope and a twinkle in its designer’s eye. 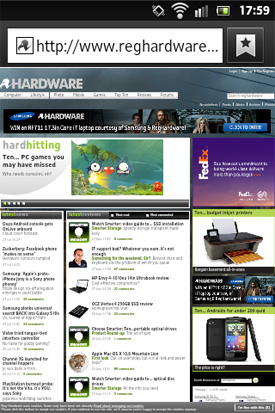 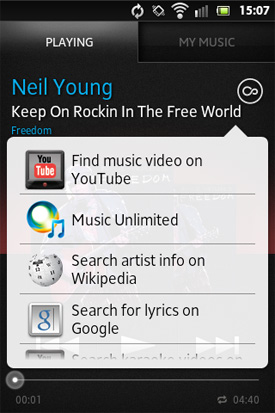 Sony’s Xperia Home launcher is starting to look at a little tired too and makes the 3.5in screen seem more congested than it is. Swapping to GO’s Launcher EX improved things massively. Sony has said an ICS update is coming to the Go but I won’t be buying one until it does. 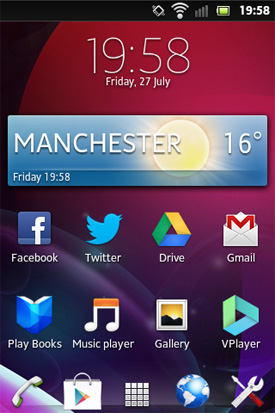 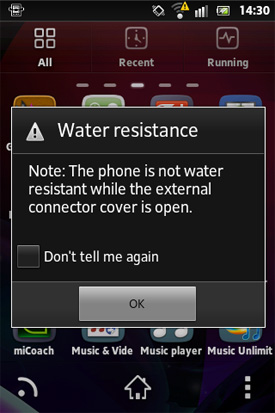 With such a small screen the 1305mAh battery isn’t taxed too heavily so you will be able to get a good two days use from a charge. Loop a 720p video and you will get three hours and 20 minutes of playback. 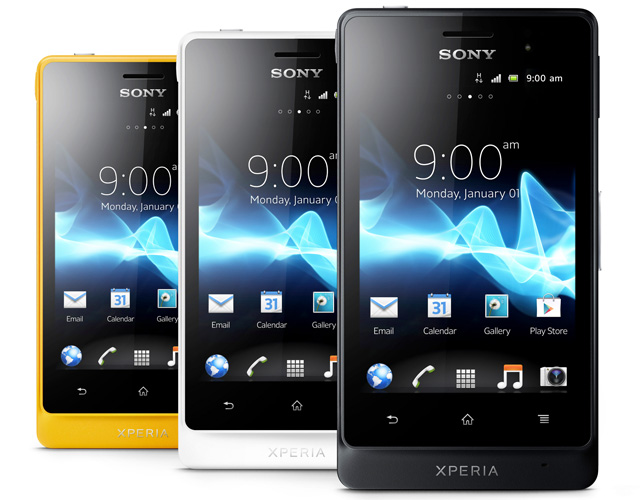 Android 4 promised, but nonetheless a decent performer without it

Generally available for less than £200 unlocked the Xperia Go is quite likely to be my next phone. It has power and storage aplenty, big enough cojones to handle 720p video and 3D games, impressive battery life, a screen that belies its on-paper specification and is built like a brick shithouse. I'd give it a higher rating if it weren't for the fact that it doesn’t ship with ICS yet. Still, my current contract has a few months yet to run so I can afford to wait for Sony to fulfil its ICS promise here. ®