Just nibbling on it before

Rackspace Hosting, the service provider that helped launch the open source OpenStack cloud controller along with NASA's Ames Research Center two years ago, has finally become its own OpenStack Fanatic. Rackspace has now gone live with the Nova compute cloud controller and other elements of OpenStack behind its production Cloud Servers infrastructure cloud.

The day that Rackspace put OpenStack in production is the unofficial general availability date for the "Essex" release of OpenStack, and is seen as the signal that other service providers and commercial enterprises had been waiting for – giving them the ability to create true OpenStack clouds with Rackspace infrastructure. 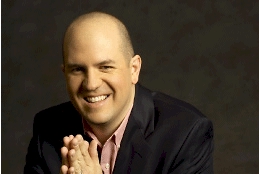 Rackspace did not flip the switch all at once when it began moving from its own compute cloud controller, but rather eased into it. During the process, Rackspace was learning how to perform continuous integration of the constantly changing OpenStack code without dinging its reputation for "fanatical support". The Essex code was released in mid-April, and since that time, according to Rackspace's CTO John Engates, Rackspace has been running about two weeks behind the trunk in the OpenStack project with live code.

As El Reg previously reported, Rackspace had been testing OpenStack internally for six months before it released the Essex code in April, and began offering limited customers the ability to use the Nova compute and Swift object storage portions of OpenStack as the underpinnings of its respective Cloud Servers and Cloud Files services.

Cloud Files is based on code that had its roots back into cloudy storage products that Rackspace developed in its Mosso subsidiary, starting back in 2006, and later mixed up with Jungle Disk, which Rackspace acquired in October 2008. The Mosso and Jungle Disk code is at the heart of the Cloud Files service, which has been running for two-and-a-half years now and which was contributed by Rackspace to the OpenStack project as the Swift object storage controller. No upgrade is necessary here.

But there are some big differences between the previous code behind Cloud Servers – which was based on another acquisition Rackspace did on the same day it bought Jungle Disk, called Slicehost – and the current Nova compute controller, which is mostly derived from NASA's homegrown code with a little bit of Rackspace's "Ozone" project and over two years of community contributions thrown in to alter it. Slicehost built its own compute cloud controller and wrapped it around the open source Xen hypervisor. Engates tells El Reg that when Rackspace bought Slicehost and brought it inside for its Cloud Servers offering (formerly called Cloud Sites), it went with a commercial grade XenServer hypervisor from Citrix Systems. And by the way, as it moves to the Nova controller, Rackspace is keeping the XenServer hypervisor.

"We don't see any reason to migrate away, and it makes for an easier transition," says Engates.

This is important for the 170,000 customers that Rackspace has for its Cloud Servers and Cloud Files services. 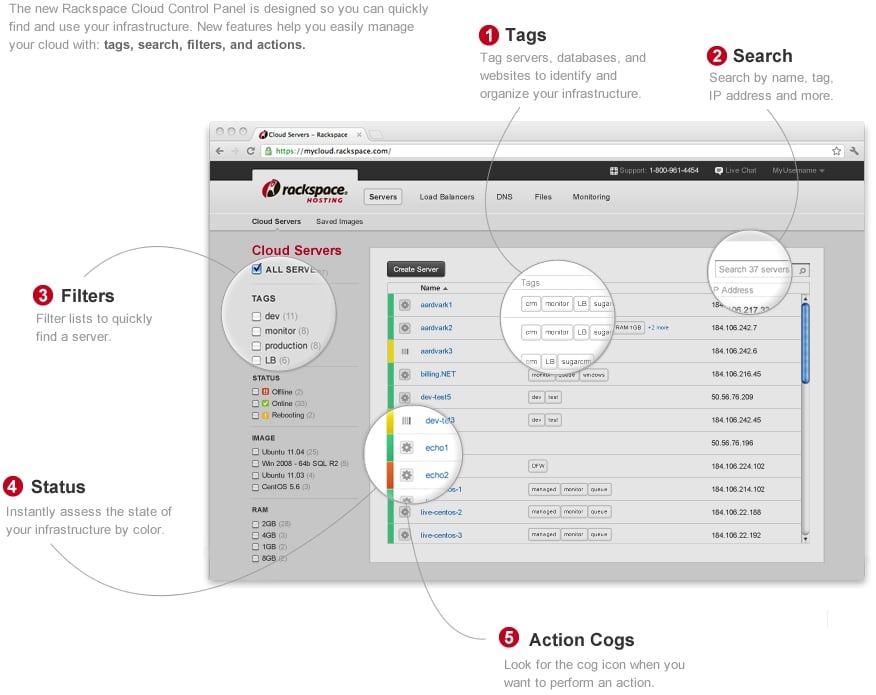 The Cloud Control Panel, a new web-based management console that was designed to integrate with OpenStack – and which is written in Python and dynamic JavaScript – can talk to either the old Slicehost-based or the new OpenStack-based Cloud Servers compute clouds. This is an extra goodie that existing customers automatically get and it will be free to customers buying either compute or storage services from Rackspace. It also gets them used to the new tool for the new services, obviously.

The one thing that Rackspace is not going to do is force the immediate migration of cloudy infrastructure customers from the old code to the OpenStack code. Customers are obviously going to be encouraged to make the move on their own, and Engates concedes that Rackspace can't "keep the old code around forever" and says that it will probably take from 12 to 18 months "before the last customers migrate." That is very careful wording meant to convey voluntary marching, not forced.

Of course, new customers will be deployed on new physical servers running OpenStack by default. And by the way, Rackspace has always been a big buyer of Opteron-based machines, and continues to do that with the underpinnings of the Cloud Services, both old and new, according to Engates. Rackspace uses a mix of Opteron machines from Dell and Hewlett-Packard and even builds its own sometimes to save a few bucks. And lest you get the wrong idea, Rackspace buys plenty of Intel-based servers, too, particularly for private cloud customers who want to have a VMware hypervisor underneath their server images or dedicated hosting customers who get to decide what they want.

Customers using the older versions of Cloud Servers and Cloud Files will have to work with Rackspace if they want to fire up more instances under the old cloud – because it won't happen by default. There may not be a forced march to OpenStack, but Rackspace says it doesn't want to make matters worse, either, by allowing customers to move backwards.

In addition to rolling out OpenStack in production, Rackspace has also rejigged its pricing and packaging on Cloud Servers. First, the old entry server configuration – which had only 256MB of virtual memory and 10GB of disk and which cost 1.5 cents per hour – has joined the choir eternal. Engates says that it didn't run Windows and didn't really have enough oomph to run Linux very well, either. The new low point is a 512MB virtual server with 20GB of disk, which has had a price cut from 3 cents per hour down to 2.2 cents per hour (that's a 27 per cent price cut).

Rackspace has also lowered pricing on much fatter virtual machines with 15.5GB and 30GB of virtual memory, which are the largest two images it sells, by 6 per cent and 33 per cent respectively to get them more in line "with market conditions". As with other providers, it costs more money to fire up a Windows server image than it does for a Linux server image.

The Cloud Databases service that Rackspace put into beta back in April is now ready for prime-time, says Engates. This database service is an extension of the Nova controller and takes the open source MySQL database and virtualizes inside of an OpenVZ virtual private server instead of a full-on XenServer virtual machine. This service was developed under Project Red Dwarf, and it does not shard database tables and spread them around virty servers but rather is a standard master database node with multiple read slave nodes. In this case, the MySQL database service is back-ended with SAN storage to boost performance. In early benchmarks last April, Rackspace was saying Cloud Databases offered somewhere between two to three times the performance of other database services out there on the cloud – including Amazon's MySQL-derived Relational Data Service (RDS).

The Cloud Block Storage (block storage based on the Lunr project) and Cloud Networks (based on Project Quantum) services that were in beta in April are still not in production. Rackspace created Lunr as an extension to the Nova controller, and of course Nicira, which created the Open vSwitch virtual switch and the NVP OpenFlow controller and which runs the Quantum portion of OpenStack, was just eaten by server virtualization juggernaut VMware last week for $1.26bn. ®