Pippin but no togs

At that stage, Pippin consisted of little more than a motherboard wired up to a keyboard, but it was sufficiently complete for Richard Wadman, Clarke's marketing manager, to begin promoting the micro to journalists and to potential software developers. Wadman would go on to write the Dragon's Basic programming manual. 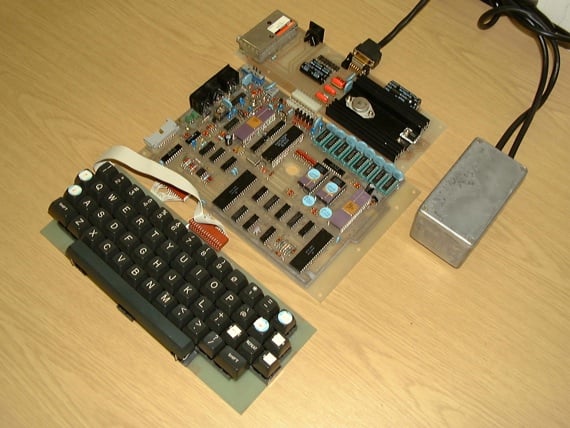 The Mettoy board approved Clarke's plan, and PAT was asked to oversee the initial production run. Newport-based Race Electronics was contracted to manufacture the first batch of Dragons.

It's unclear quite when Race began punching out machines. However, after production had begun, it was decided by Clarke, now head of Mettoy subsidiary Dragon Data, that the machine would need to ship with 32KB of memory, double that designed into the prototype.

It is said that the change was prompted by the arrival of the 16KB and 48KB Sinclair Spectrum, both of which were cheaper than the Dragon's planned £200 price point. Undoubtedly, Clarke figured the Dragon's full-size keyboard and tough plastic case would make the premium over the £175 48KB Spectrum seem reasonable, but not if the Dragon only shipped with 16KB. Doubling the amount of Ram would also help the Dragon compete with the BBC Micro, by early 1982, also on the market. 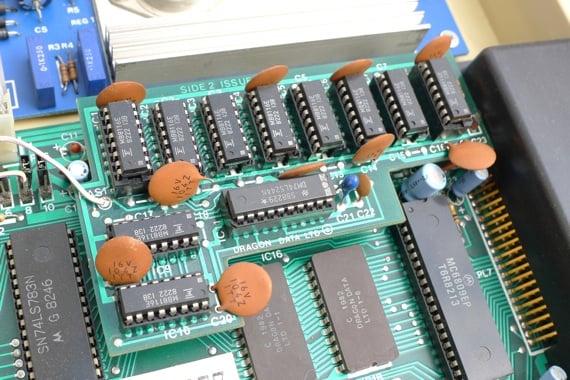 PAT's motherboard layout wouldn't accept the extra Ram chips, so the first 10,000 machines, the initial production run, all required a 16KB daughter card to be fitted and wired up to the main board.

The author's Dragon 32 - purchased for Christmas 1982 - contains board number 9977 complete with "piggy-back" memory board.

The Dragon 32 supported the customary video output through a TV modulator, but it also had a composite video five-pin Din port for a monitor. Other Din ports were used for the two analogue joystick connectors, and for the obligatory cassette I/O. The Dragon had a Rom cartridge slot that filled 8KB of the 64KB memory map. 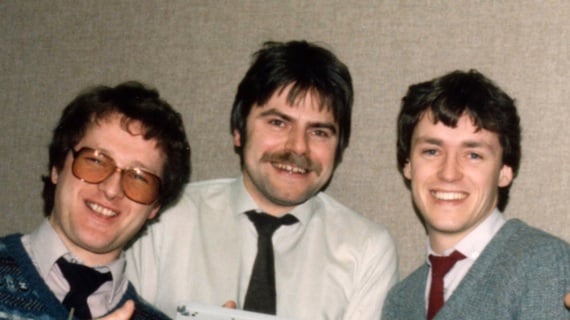 64KB? Yes, the Dragon's memory map was plotted across that full range. Only the first 32KB was mapped onto the Ram chips, after which came the 16KB Rom chip then the Rom cartridge allocation - preventing cartridges being hot-swappable - the PIA chip registers, the SAM chip registers, and eight bytes of reset vectors.