Yet another round of Motorola Droid Razr HD prototype-leak rumours has been kicked off by a post to the XDA forums, picked up by Android Headlines.

With the phone having passed FCC approvals, it might almost seem that the leaks are a pre-launch marketing campaign by Motorola, with the latest pics showing a 4G logo that associates the phone with Verizon.

Android fans are still arguing over whether the Ice Cream Sandwich-based phone will have a 2500 mAh or 3300 mAh battery, but it’s agreed that the Droid Razr HD will have a 720 pixel screen, and most sources seem to put the US price in the $199-$299 range under contract.

Earlier this month, Droid-Life reported that the Droid Razr HD will use a 1.5 GHz dual-core Snapdragon processor, and on-screen capacitive buttons. 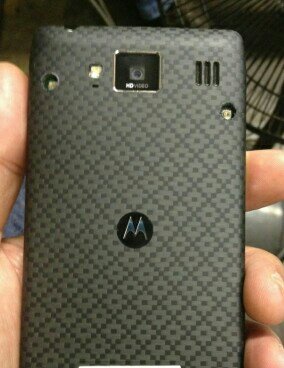 If it's not a hoax, this is what the back of Razr Droid HD will

However, what’s most striking about the phone is the diamond-patterned Kevlar back, which has Android fans divided about whether it’s “cool” or “bizarre”. El Reg would suppose that it’s what happens when lawyers have to oversee design departments: “what’s a design that Apple can’t possibly think was copied from the iPhone?”

Unfortunately for Motorola, the phone still appears to be broadly-rectangular, a shape which we all now know certain corporate residents of Cupertino invented long before Euclid started fooling with geometry.

The leak that got things going is here (apparently a European version), with a US leak proclaimed here. ®