With bellies suitably buffered against further beer, we then got down to Bauernfrühstück, for which you will need... 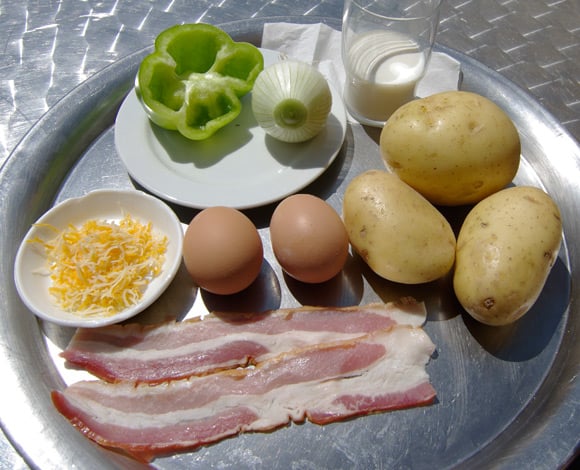 ...half a green pepper and a small onion, 60ml of milk, three large spuds, six rashers of bacon, six eggs and around 200g of grated cheese. Add more or less onion, pepper and bacon according to taste. 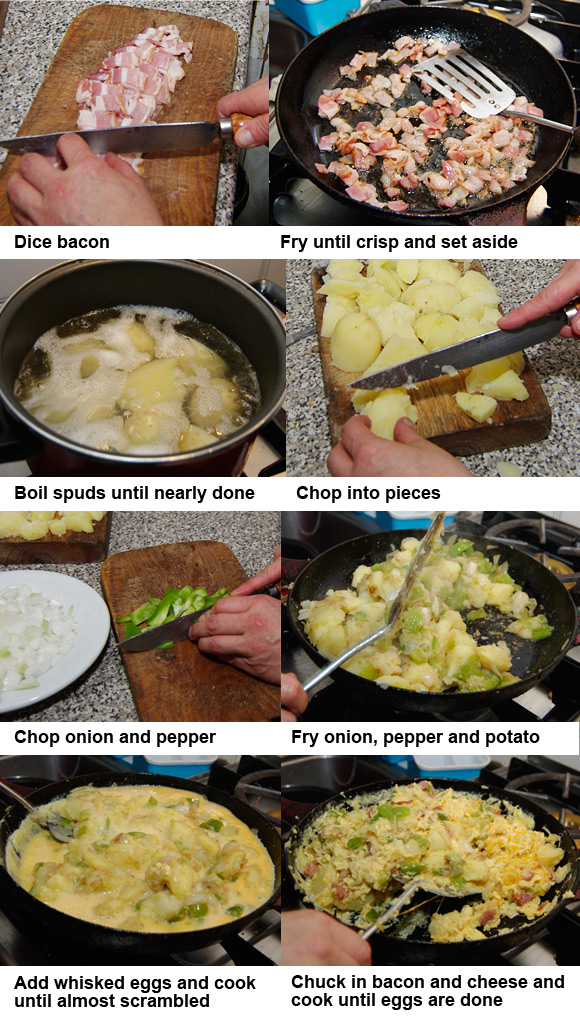 The aforementioned Alvaro was keeping a close eye on proceedings, since he lived in Germany for some years, and so was acting a resident expert for this Teutonic trough test: 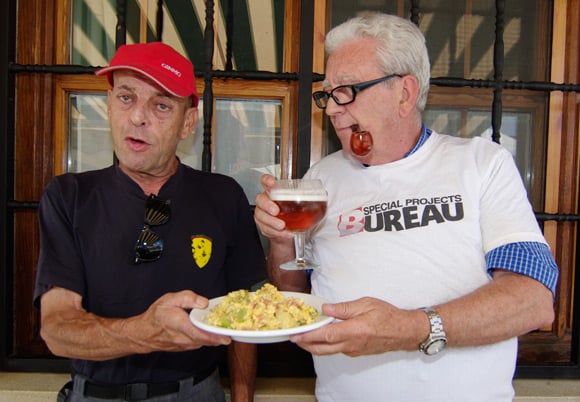 Back to the bar, where Lourdes, José María's trouble and strife Fina, Andrés (another previous guest waiter) and Diego were straight into the fray... 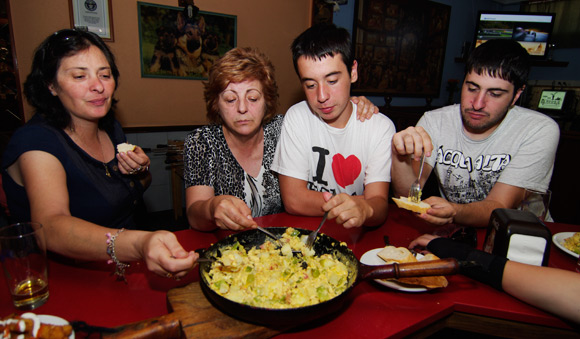 ...and Fernando moved swiftly in for the kill: 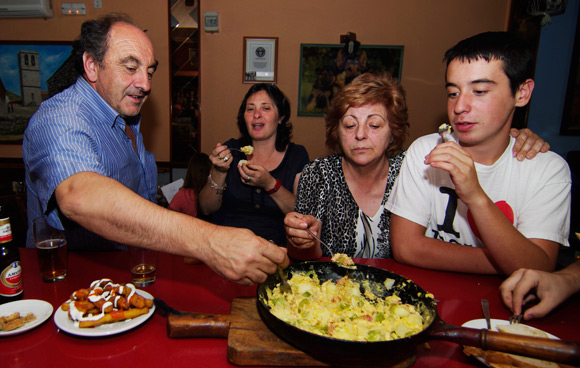 Katarina took some persuading to enjoy the earthly delights of Bauernfrühstück... 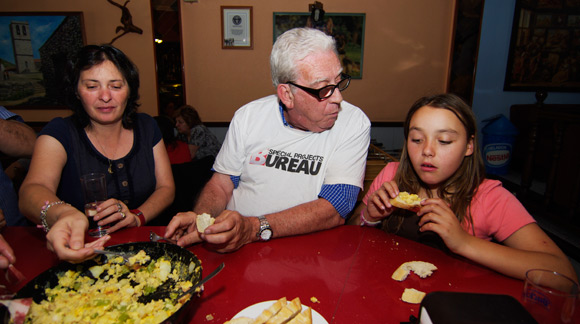 ...although the assembled crowd didn't need much help in making short work of their German grub rations: 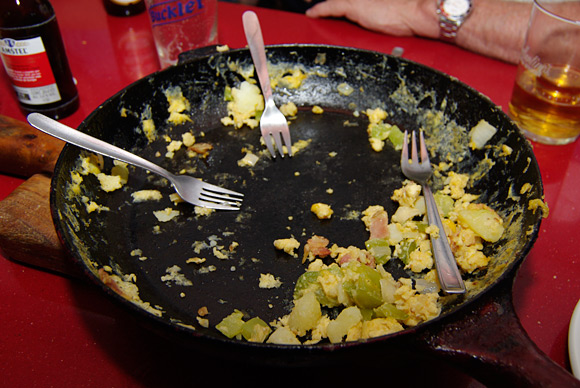 So, what's the verdict? The Spanish jury perhaps surprisingly came down firmly in favour of the bacon sarnie, and were particularly taken with the brown sauce element.**

Bauernfrühstück was also judged perfectly palatable, although on this occasion it went down 4-2 to our plucky Brit recipe after extra time. ®

*Guy walks up to a pianist in a bar, sticks his gin and tonic on top of the piano, and up jumps a monkey and dips his finger in the drink. The guy says: "Hey, do you know your monkey just stuck his finger in my drink?" The pianist replies: "No, but if you hum it I'll play along." (Thanks, you've been a lovely audience, I'll be here all week, try the chicken, etc...)

**HP Sauce, for the record. No sooner had I shown the bottle to the locals, than some wit inevitably dubbed it "Hijo de Puta" sauce.