BOYLE and BONG: The secret story of my OLYMPIC TRIUMPH

When Danny Boyle rang me out of the blue wanting to devise the greatest ever Opening Olympic Ceremony, I was in tears of joy. The chance to work with the man who wrote Trainspotting and brought Bend It Like Beckham to the world's cinema screens was unmissable. "Danny, The Beach is MY STORY," I told him.

And Danny really GETS IT.

What Danny wanted to show how was how stinky old industrial-age Britain is making way for the thrusting new entrepreneurs just a few minutes' ride away on a fold-up scooter, over at Silicon Roundabout. Chimney stacks would come tumbling down, and exciting new location-aware social media platforms and SEO boutiques would take their place. The old world, with its emphasis on wealth creation, would be replaced by a new world, with sharing, community, and the wholesale destruction of what the reactionaries call "value".

When Number 10 heard about our vision, they doubled our budget. Just like that. The Conservative 2.0 vision exactly matches ours, as you know: with profitable industries swept away by new, low-carbon internet sectors requiring substantial community investment catapults. (Or as those analog-era dinosaurs call them, "subsidies".)

I thought we should focus on the Greatest British invention of all time.

"The ukelele?" asked the toothy Lancastrian.

"Of course," cried Danny. "Have you got Alan Sugar's number?"

"Shug's good. Very good," I told him. "But there's somebody better."

For Christmas 2010, I gave him a print out of the historian Verity Stob's How the Internet was invented as a present (printing expenses of £5,000 rapidly processed by LOCOG - thank you) and the event began to take shape.

But I had to face down the quibblers - or quizlings, really - who insisted that the internet was American.

"Look, guys," I said. "It's true that there were a few sad nerds in America who used computers before Sir Timothy invented the Internet. But it's really Sir Tim who turned the world onto passing around Chuck Norris jokes and hilarious mash ups, and taking instant and noisy offence at anything and everything."

Unfortunately not everything we planned made it into the final show. A sequence celebrating internet entrepreneurship with 1,000 gnomes collecting underpants was dropped.

And a plan to integrate Shoreditch's most promising startups - and recipients of Bong Ventures mentoring and investment - into the Athletes Parade had to be cancelled, when the IOC pointed out at the last minute that only countries are permitted.

"Do you even know where Timor Leste is?" I countered, in vain.

So that was bad news for Kavity, my brilliant web analytics startup, and Quittr, my promising social networking site for bankrupts seeking an assisted and humane "exit" from life itself.

I know, there was some carping from the dinosaur elements in the old Conservative party about Danny's health sequence. They said it was political, or Left Wing. Absurd. As if there's anything political about a ONE-HUNDRED-FOOT-HIGH MRS THATCHER snatching orphans from NHS hospital beds and BITING THEIR HEADS OFF. I mean, jeez, guys, just get over yourselves and chillaxe.

On the night, our vision was a raging success. 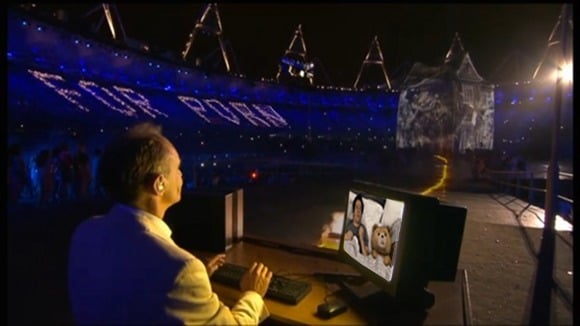 Steve Bong is the founder of Bong Ventures, an early stage investor and incubator focussing on innovative new technology startups based in Shoreditch, London. He enjoys parties, foreign travel, Open Data and draws his inspiration from Ayn Rand and the His Holiness the 14th Dalai Lama. He advises No.10 policy guru Rahul Sativa on mindfulness and innovation, Mark Zuckerberg on the Perfect IPO, and LOCOG on brand enforcement.