First full landing site and colour pictures back from Mars

NASA is firing up a new camera on the Curiosity rover, offering the first color pictures of the landing site, while another pass by the Mars Reconnaissance Orbiter (MRO) has given a more detailed look at the landing area and its debris on the Martian surface.

The Mars Hand Lens Imager (MAHLI) has been undocked from its housing on the end of Curiosity's arm, cleared to transmit data, and extended from the front left of the rover at a 30 degree angle. The dust cover's still on the lens, so the picture's a bit grainy, but the test shot provides a color wash to data on the north wall and rim of Gale Crater. 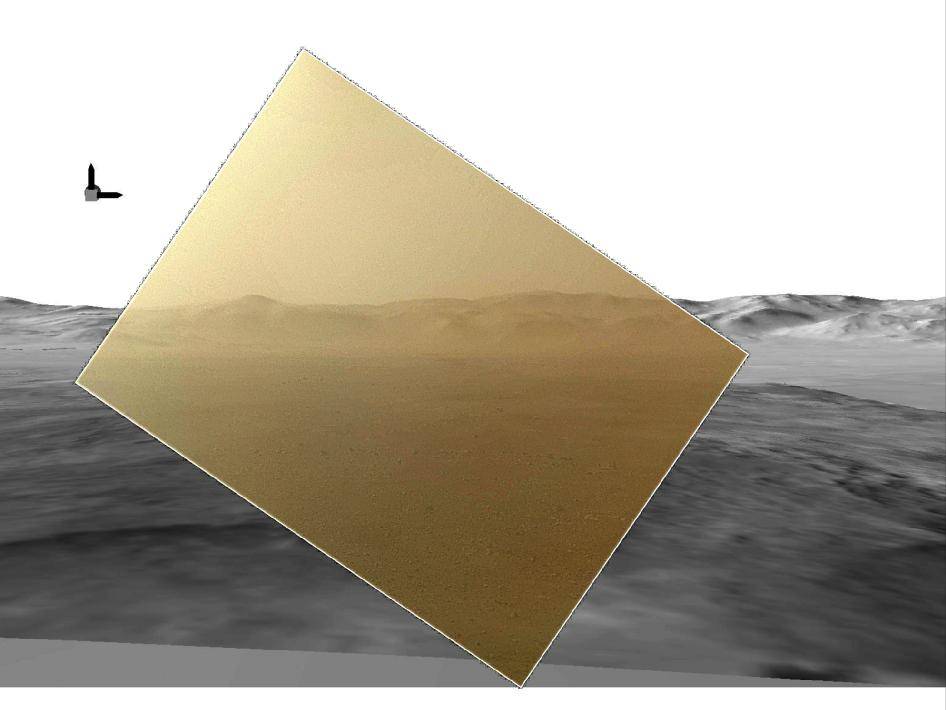 A bit dusty but it'll do (click to enlarge)

Before it got quite so dusty MAHLI managed to get a shot of the heat shield as it tumbled away from the descending probe, taken around three seconds after separation and 150 seconds before Curiosity touched down. It's low resolution at the moment because the rover's antennas aren't fully deployed, but a more detailed picture will come later, when bandwidth allows. 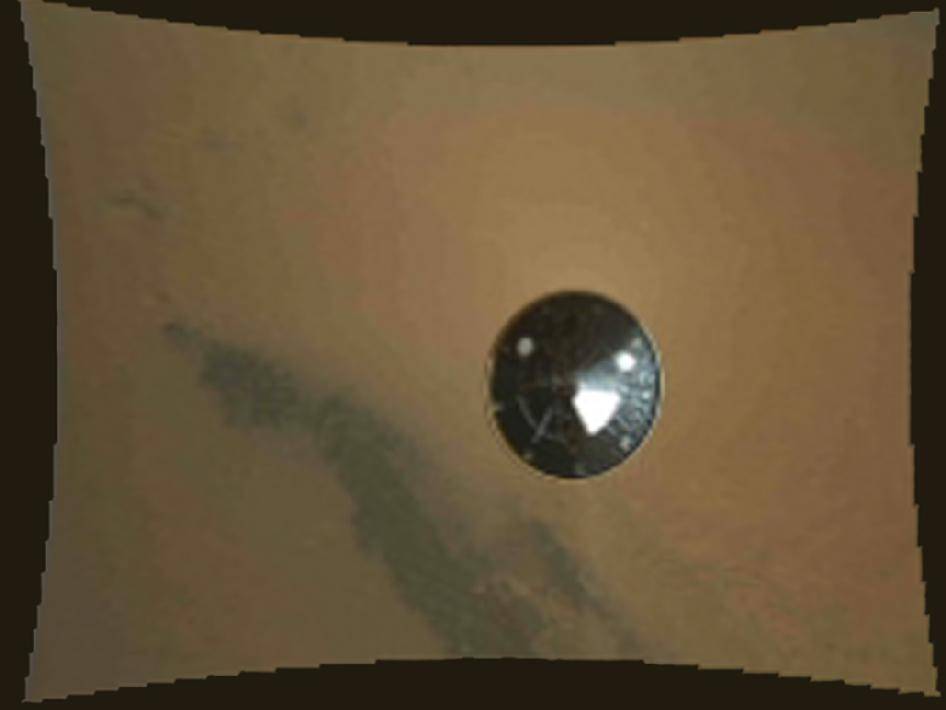 Meanwhile, another pass from the MRO has given us the most detailed look at the landing site yet. NASA rolled the satellite to 41 degrees, well past its usual swing rate of 30 degrees, to take the shot with a resolution of 39cm per pixel. 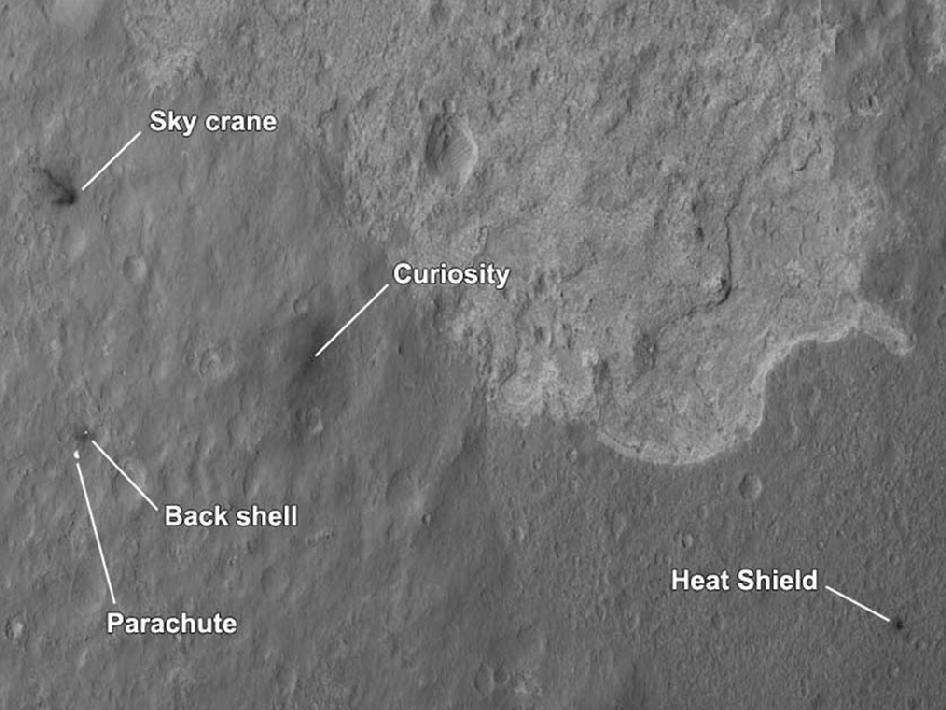 The image shows the heat shield and parachute with attached landing cover that would have been coming down at a west-northwest angle. Once the Sky Crane separated from the cover it took a sharp right turn and hovered over the landing site, with its jets blowing away the lighter surface dust. After successfully delivering Curiosity it cut cables and shot off to the northwest around 650m before crashing.

Despite these latest pictures from another planet, a large part of the world's attention seems to be focused on Mohawk Guy, aka the Mars Science Laboratory (MSL) flight director Bobak Ferdowsi. In the spirit of fun Ferdowsi allows the MSL team to vote on a new hairstyle for him at critical junctures in the mission and his Mohawk with appliqued star motif, while positively restrained compared to previous MSL creations, has caught the imagination of the public.

Ferdowsi, who has a degree in aeronautical and astronautical engineering and has spent his entire eight-year NASA career working on the MSL project, is the current meme de jour, with tens of thousands of new Twitter followers, his own Tumblr page and reportedly many requests for his hand in marriage.

"It's a little crazy, but I'm still dealing with the fact that we just got this thing on Mars," he said in an interview. "I haven't had a chance to finish taking that in before even getting to whole internet thing. But if my Mohawk gets more people excited about science then that's awesome, that's what it's all about. For us it was just having fun."

Ferdowsi said he's keen to get back to work, as well as to take time out to see his girlfriend of two years, who has put up with over a year of 80 hour weeks and whom he hopes will "be cool" with his new found fame. He seems a little uncomfortable with the situation, describing it as "surreal."

It speaks well of NASA as an employer that it allowed Ferdowsi and others on view at the launch such freedom in hair styles, even it the pale blue polo shirts weren't a good look. It's taking the ethos that what you do is much more important than what you look like, and it's something that many in the technology field also follow and that many companies, both inside and outside the sector, would do well to heed.

As for Ferdowsi, it's back to work on Curiosity as normal. As flight director he still has a job at NASA for the next few months and then he's got to either find another role on the project or find a new job on some other team. Letting his hair grow a little might also get him some peace and quiet to get on with his life, as he seems keen to do. ®