The Pitot tube is ubiquitous on aircraft because it offers a cheap, reliable and accurate way to measure airspeed. But the device is also vulnerable to icing, which is why a group from the University of New South Wales wants now wants to supplement the airspeed indicator with lasers.

Using the low-cost Doppler techniques found in the computer mouse, the researchers say they can provide an icing-immune speed sensor in which none of the important components are exposed to the weather.

The UNSW approach is simple enough: embed a low-cost laser in the aircraft, where temperature can be controlled, give it a window, and reflect it off a handy surface – such as the Pitot tube, as shown in the artist’s impression. 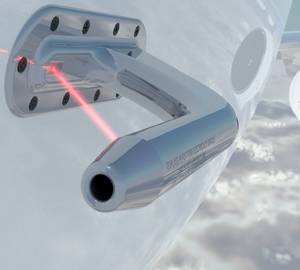 Velocity is easy to measure thanks to Doppler shift of light absorbed by the oxygen molecules passing through the beam, according to Dr Sean O’Byrne of the university’s School of Engineering and Information Technology.

“The technology we have developed measures airspeed like a Pitot tube, but doesn’t have something poking out into the air. It has a window, which can be built into a recess in the body of the plane, and which can be heated. This also means, in sudden icing situations, it can be kept out of the wind,” he says.

The system has now been tested in a Defence Science and Technology wind-tunnel in Melbourne, and O’Byrne plans to scale-down his proof-of-concept for a test flight. The university says the idea for the laser sensor came from its work on the SCRAMSPACE project, in which UNSW is a collaborator with the University of Queensland and other institutions. ®