Intel-based tower could have been yours

Would you buy an Xbox 720 development kit for 20 grand? Someone just has - paying in dollars rather than sterling, of course - after the "Microsoft Xbox Durango Development Kit" appeared on eBay last night. 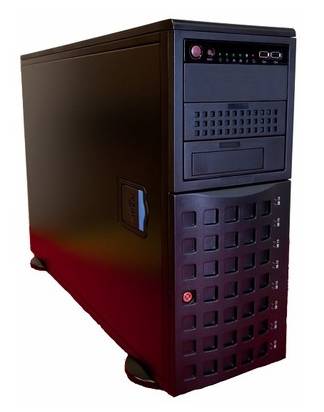 Postage and packing are extra, presumably. The seller is based in Wilmington, Delaware, according to the eBay sales page.

Anyone expecting a next-gen console is going to be severely disappointed. What they're getting, essentially, is a powerful PC running a software development kit and probably an Xbox simulator app.

Still, that may give an indication of the new console's capabilities - though not necessarily its final hardware specification.

'Durango' is one of the codenames said to have been applied to the next-gen Xbox, which has also been branded by rumourmongers the Xbox 720 - which has also appeared in leaked (but old) Microsoft documentation. ® 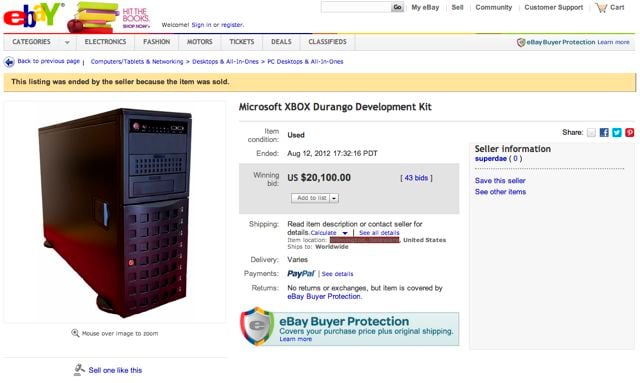