It seems safe to say that Ultrabooks haven’t given the PC market the shot in the arm that Intel was hoping for. The high prices haven’t helped, of course, and there also seems to be some evidence that many people are turned off by the relatively small 13in screens that dominate the Ultrabook category. 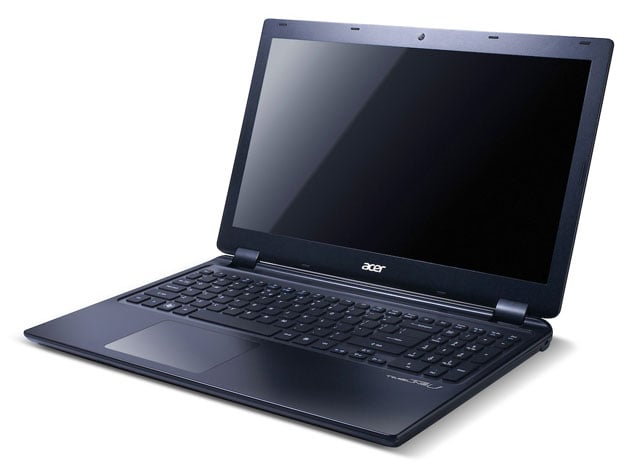 So along comes Acer with its new M3 Ultrabook, which addresses both problems head on. It may be saddled with the most idiotic model-number ever committed to paper, but the M3-blahblahblah is the cheapest Ultrabook we’ve seen so far, with a price tag of just £500. It’s also the first to include a 15.6in screen – and it’s even got one of those old-fashioned DVD drive thingies too.

You could argue that the screen size, DVD drive and ensuing 2.2Kg weight are somewhat stretching the definition of the term ‘Ultrabook’. However, it does measure less than 21mm thick as specified by Intel – 20.7mm to be precise – wakes from sleep in about five seconds, and provides very good battery life. And those three features pretty much satisfy Intel’s rather vague definition of an Ultrabook.

Slim enough to make the grade as an Ultrabook

Despite the low price, the M3 is quite well built. The casing is plastic, but still reasonably solid, and the matt-black finish is rather smart – albeit prone to finger smudge-a-go-go. The screen could be a little brighter, and some people may feel that the 1366 x 768 resolution is too low for a display of this size. However, the image is sharp and clear, with vivid colours that worked very well when watching Highlander 5 on the BBC iPlayer – it's kinda silly, but one of the better Highlander sequels.

The size of the screen means there’s plenty of room for a large, comfortable keyboard and trackpad, and the speakers manage to produce a fuller sound than most laptops too. I wasn’t wild about the decision to put the USB, Ethernet and other ports round the back, though, and it also took me a couple of minutes simply to turn the darn thing on as the Power button is cunningly concealed on the lower front edge of the machine. 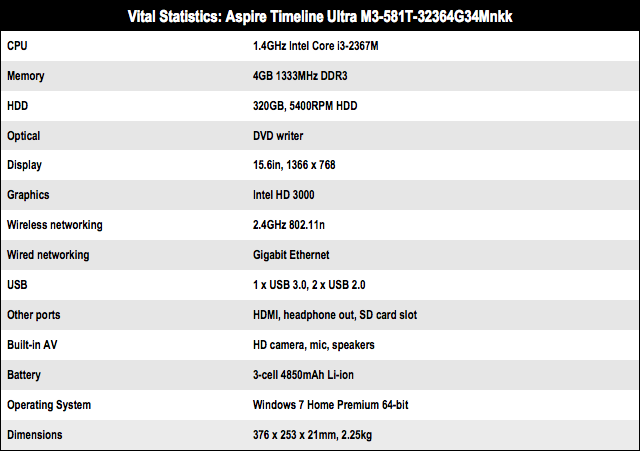 Next page: Wot, no Bluetooth?
Page: