You only live twice?

Antique Code Show Playing Goldeneye always felt more like an event rather than a gaming session. Four controllers and a 20in telly – it seemed huge at the time, believe me – headshotting friends had never been such fun. I have always had a soft spot for commies but playing Pierce Brosnan – wreaking havoc on Eastern Europe in Goldeneye – made me come over all Red Dawn. I sincerely felt like 007, this game always made me feel more RPG rather than FPS. 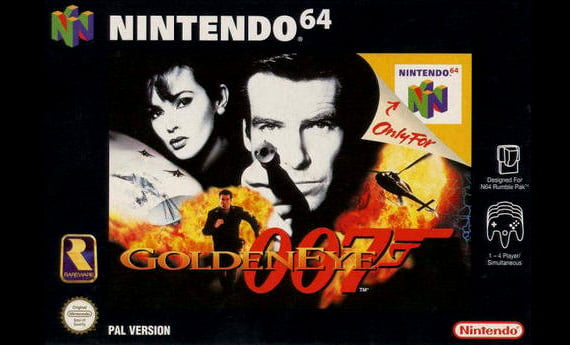 Even so, Goldeneye was pretty much the foundation for first person shooters and is widely regarded as one of the best multiplayer games of all time. The wide selection of characters, levels, weapons and game modes gave it astonishing replay value. 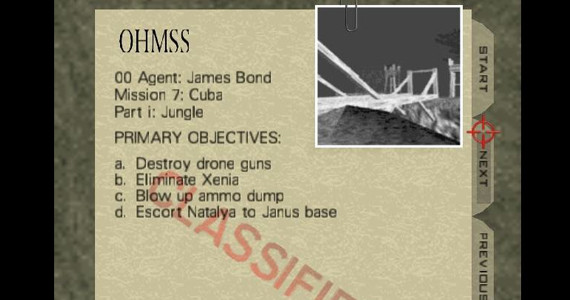 Single player campaign could be played on various difficulty settings: Agent, Secret Agent or 007-Agent. Not only did the baddies get harder to kill when I changed the difficulty, but I end up with less ammo and there were more mission objectives to fulfill to pass the level. Objectives such as, locating a key card or saving hostages, must be completed. If an objective is missed or botched, the entire mission had to be abandoned. 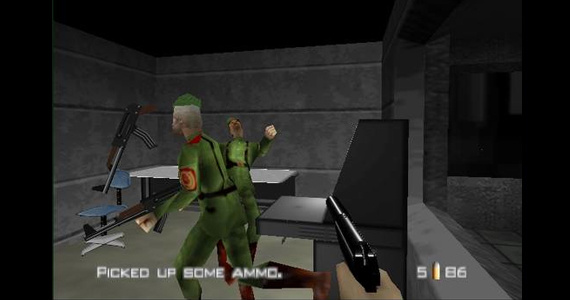 The harder it becomes, the less ammo you get

The narrative was true to the movie, with a few added scenarios to flesh out the story. I play James Bond, trying to stop the evil Janus group from using a cold war weapon to destroy the world’s economy. 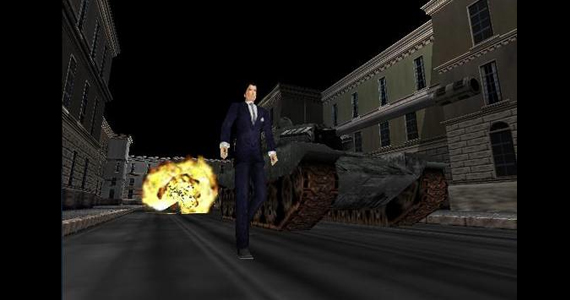 To Russia, with love

So it’s off to Russia and Cuba playing sprawling levels with countless enemies to beat, not forgetting the odd boss confrontation. These levels have a huge number of ambush points and nooks and crannies to investigate and hide in. Goldeneye involves a lot of legwork to keep me busy meeting objectives that bring together the key points of the narrative. 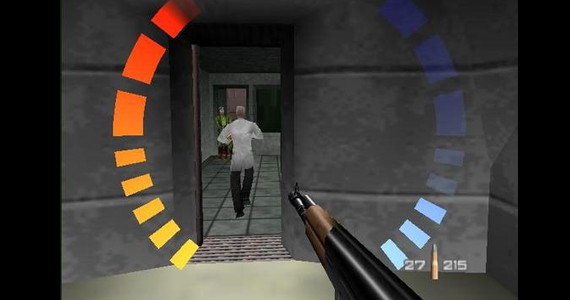 Gunning for the enemy

I am fully equipped by Q with a host of gadgets and an impressive arsenal of weaponry: watch magnets, magnums, mines – not forgetting the odd throwing knife and grenade launcher – are just a few of my tools of my trade. 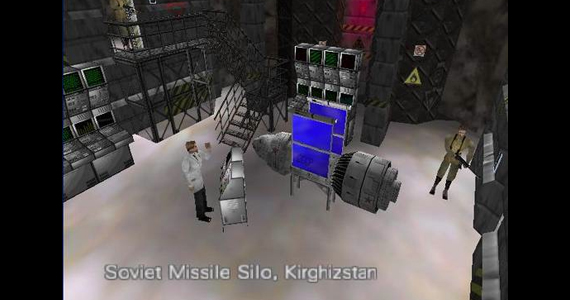 Goldeneye will always be remembered as one of the best multiplayer experiences. Hey, who doesn’t enjoy throwing remote mines at a friend? I could choose from a number of fun Bond avatars to play including Jaws, Baron Samedi and Oddjob, but I remember we put a ban on Oddjob because his short statue made him harder to hit – hilariously, playing him gave me a massive advantage. In the standard mode, the objective is to get as many points as possible within a set time limit. Other modes gave me a set number of lives or involved capture the flag tactics. 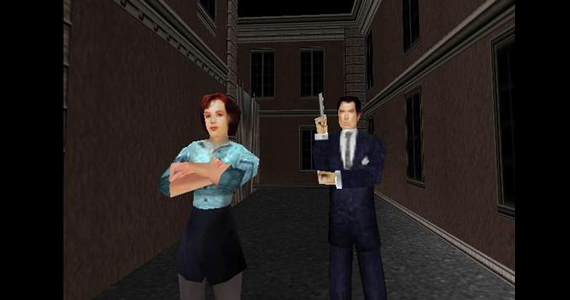 I remember thinking Goldeneye’s graphics were amazing but looking at screenshots now, it’s all murky textures, fog and club hands.

Goldeneye spawned sci-fi classic Perfect Dark that wasn’t nearly as popular but I still rate it as a better game because of its technical improvements and the quality of the graphics, not to mention being able to play Joanna Dark. ®

Developer Rare
Publisher Nintendo
Release Date 1997
Platform Nintendo 64
More info Goldeneye for N64 can be found on-line from around £5 to £15. Goldeneye Reloaded is an iOS version of the game available on iTunes.