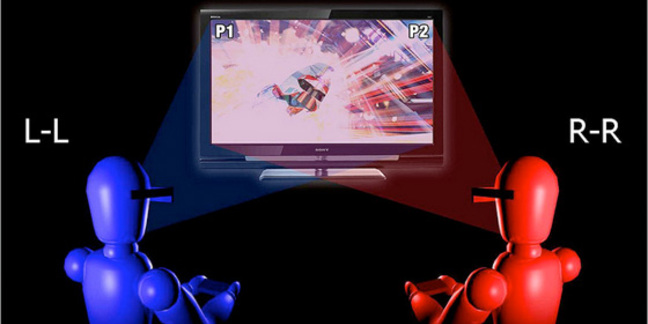 High Efficiency Video Coding (HEVC) is said to offer compression around twice as high as for the current video standard of choice, H.264, and was signed off as a Draft International Standard in July.

Yet to be agreed on is Scalable Video Coding (SVC), a standard the MPEG is now working on and which looks rather important, given that the group says:

The new standard will become an amendment to the High Efficiency Video Coding (HEVC) standard which targets support of HDTV and Ultra High Definition TV, and will soon be finalized.

That’s significant because the UHDTV standard, as signed off by the ITU, will operate at either 4K or 8K, requiring eight and 32 megapixels respectively.

In correspondence with the ITU at the time of its launch of UHDTV, El Reg noted that that amount of bandwidth isn’t supported by many digital broadcasting regimes.

The ITU’s response was that it expected HEVC to make UHDTV broadcasts possible. David Wood, chairman of the ITU-R Working Party 6C, which cooked up UHDTV, told us:

“If I had a personal guess it would be that with HEVC the 8K system with good transparency might come down to about 90Mbit/s and the 4K system to about 25 Mbit/s, but this is just an opinion. Also please don't forget that compression technology improves in cycles, and there may be a further cycle - the successor to HEVC - before the end of the decade that we can use for 8K UHDTV.”

The MPEG says it expects HEVC to be finished in early 2013, with amendments to come in 2014. When it appears in actual kit is anyone's guess.

The MPEG is also working with the ITU in a Joint Collaborative Team on 3D Video Coding Extension Development (JCT-3V) that is developing a new standard for 3D video. Per Fröjdh, a Manager for Visual Technology at Ericsson Research, says this standard could mean “Future 3D technology will have more advanced displays, which will enable different views."

“The simpler versions of this technology will still just offer the two views we have today – left and right – without the need for glasses. But in the future, there will be many views next to each other, so you will simply move your head to the left or the right to give you a stereo impression of an object.” ®

Plus binaries for free streaming vid for all ... what's the catch?

How MPEG LA tamed a giant - and will again

Firefox gobbles H.264 to serve up vids to mobes, slabs

Mozillans tired of waiting for Google

* Free forever for free video only