What happened? Did Microsoft just run out of time?

On the design side, Windows 8's tablet-friendly Modern UI has its merits, with big easy targets for fat fingers, but it also wastes a lot of space if you're on a desktop with a decent-sized screen. Worse than that, it is inconsistent. You can see the areas where Microsoft has taken time to make a touch-driven user interface, even on the desktop, and other areas where it has not had time to make significant changes from Windows 7.

The Windows 8 setup process has a couple of points of interest. The list of default settings includes "Do Not Track in Internet Explorer", which means the web browser will request advertisers to not track the user as they move from website to website.

A new tutorial also shows up just before the Start screen appears for the first time. If a touchscreen is detected, an animation encourages you to swipe your finger in from the sides. You also get told to try moving the mouse pointer to the corners of the screen. Good advice, but not enough to avoid a difficult early experience for Windows users upgrading.

Cloudy online storage integration is a plus, for those willing to sign into a Microsoft account. Settings roam between devices, and you can use SkyDrive or other services to keep documents in sync as well.

Reg contributor Verity Stob, writing for another publication, captured the Windows problem in a piece entitled State of Decay. In this decade-old piece, Verity describes the Cruft index, for example:

Cruft Force 8. Decrepit. Blue Screens Of Death are served daily. The SETI screen saver, like ET himself, encounters difficulty calling home and despairing during an overnight run creates 312 copies of its icon in an (impressively expanded) system tray that fills half the screen. Successful connections to the LAN are very rare.

Windows today is better, but not better enough. Computer manufacturers pile on crapware, users with stable systems fear installing software, and a download for one thing installs other stuff unless you forget to uncheck the box (Java, for example; shame on you Oracle).

Windows 8 does not fix every problem: there is still too much support for legacy stuff and Microsoft has to allow our old but essential software to run. What it does though is provide a platform within Windows on which apps can easily and safely be installed and removed, and on which they are isolated from each other, and from the operating system, through a clever system called Contracts which provides access to shared files and devices under user control. 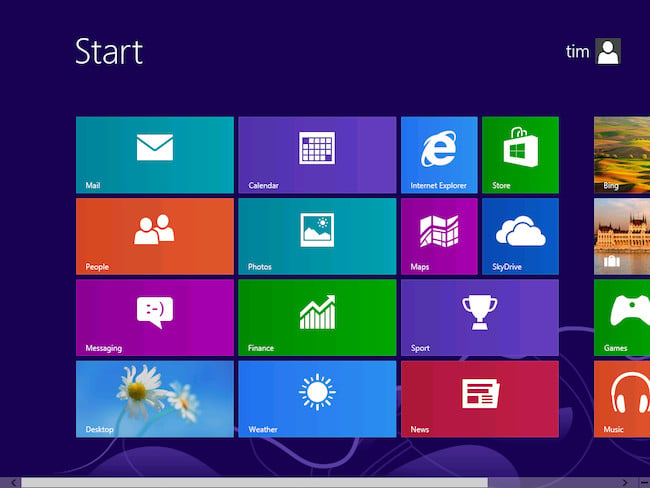 Windows RT, the ARM version, goes a step further by prohibiting desktop software installation completely. At last, a safe and secure Windows, at least relative to the standards of the past.

The Intel x86 PC build by contrast is a transitional thing, but if you can live with a few inconsistencies and annoyances, it does work better than any previous version of Windows.

Microsoft will not have an easy time getting Windows 8 accepted, and perhaps it will fail. This is a company that is trying to move forward into the world of device-and-cloud while keeping faith with its legacy. Given the magnitude of the task, it is a good effort. ®