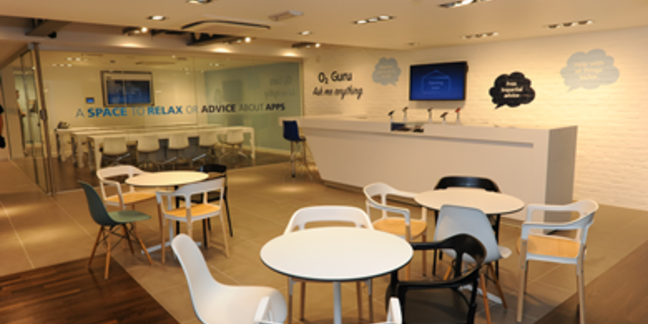 Apple is cutting down on UK retail staff at its stores in Milton Keynes and Essex: blueshirted fanbois on short-term contracts will get the heave-ho, sources in the Mac channel claim.

Industry talk of layoffs in Apple's shops surfaced in MacRumours earlier this week. Apple has refused to officially comment though a contradictory rumour broke last night suggesting the vendor was merely tinkering with staffing formulas. Apparently this new "formula" led some employees to see their shifts cut and retail locations to be understaffed.

Dow Jones reports a email allegedly sent by retail chief John Browett to store leaders saying that Apple was pulling back the changes.

But our well-placed source confirmed the cuts are concentrated in some UK stores, shedding staff through natural turnover but in numbers that go beyond normal seasonal churn.

In the Apple Stores in Milton Keynes and Essex's Lakeside Shopping Centre, new hires and those on short-term contracts are not having their contracts renewed, we understand. There is also a freeze on hiring new full-timers and when permanent staff leave they are replaced with a part-timer.

Apple hasn't released specifics on their staffing numbers, but from a back of the envelope calculation based on its Q3 global figures it most likely employs about 3,500 in UK retail.

Dividing Apple's global retail staff (41,000) by their number of global stores (372) - you get the rough estimate of 110 employees a store. Apple has 33 stores in the UK so - roughly - around 3,600 employees in UK retail. The retail department includes people who work in business sales, and inventory. We don't know what percentage of them would be full-timers or part-time summer workers.

As the most profitable tech company in the world - which has done exceptionally well out of its prime location minimalist stores - the move is a surprise, but is likely to be a result of disappointing sales in Europe.

Apple's latest results revealed that iPhone sales had flatlined in Europe, a factor dampening the company's whole quarterly takings, which were down sequentially from Q1.

Our source confirmed that sales across UK Apple Stores were down, and said in particular that sales in Apple's new store in the Olympic Village's Westfield centre in Stratford, London had been a shock to management.

"All takings there were very disappointing – for a brand new store to get that reception was disappointing," said an Apple insider.

Apple has a disproportionate number of stores in the UK compared to those located across the rest of Europe: the 33 shopfronts here compare to 11 in France – which has round-about the same population size – and just eight stores in Germany, which is home to about 20 million more people than the UK.

A retail shrinkage would be unprecedented in Apple history - where the store strategy has always been in expansion mode.

Analyst at Canalys Tim Coulling said: "They have laid off people in the past, but it has been quite minor. There's no real precedent that Apple have made layoffs in the retail sector.

Apple has so far refused our request for comment. ®