He's not the messiah; he's a very naughty boy

Anonymous is claiming to have begun shutting down UK government websites in protest of the treatment of Julian Assange.

At around 8pm UT, the UK Justice Department website went down under a distributed denial of service attack. About 40 minutes later the Department of Work and Pensions website was also taken offline. Both operations were carried out under the name #OpFreeAssange, Anonymous Twitter feeds report.

According to the latest attack data, the next target is the website for the Prime Minister's Number 10, and automated attack tools are being distributed that try to DDoS that site too. 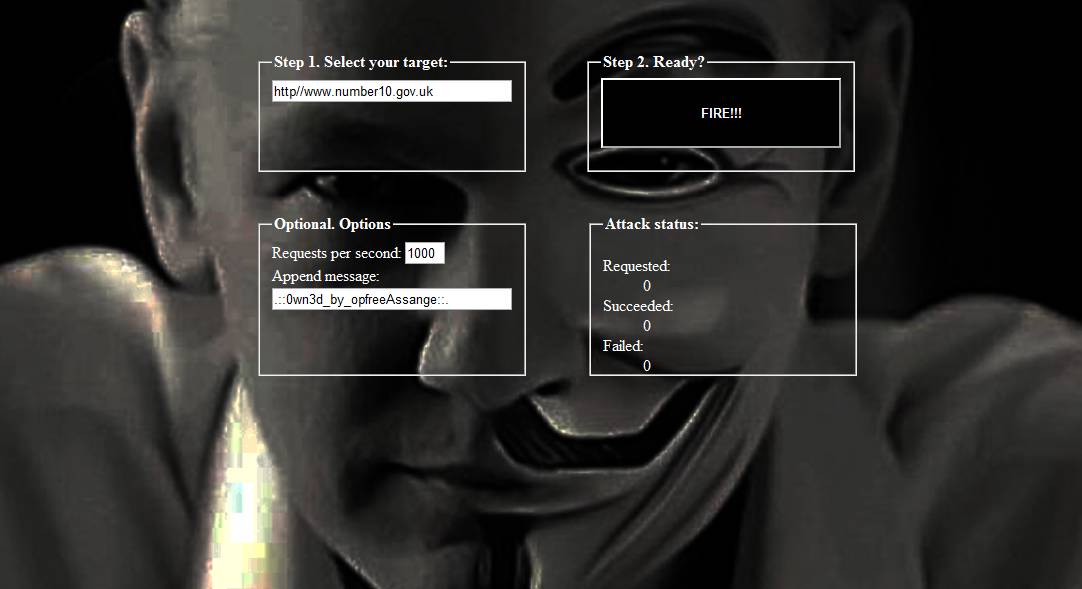 All this activity is unlikely to change the government's attitude to Julian Assange, however. The police cordon around the Ecuadorian embassy is still in place and everyone going in and out is being checked. Downing a few websites is hardly an attack on infrastructure.

Yesterday Assange addressed supporters from the embassy, looking not a little like Graham Chapman in Life of Brian. Assange called on the US to end its "witch-hunt" of WikiLeaks and to free Bradley Manning, the source of the US diplomatic cables. Manning has spent over 800 days in solitary confinement since being arrested. ®