Shake it Up, a Disney sitcom that screens on The Disney Channel around the world, has slipped in an insult to open source software.

The show, which tracks the activities of a group of aspiring dancers on a TV show called "Shake it Up, Chicago", appears to be aimed at tweens. We make that assertion based on the age of comments on its web site, the brightly-coloured costumes and crudely-stereotyped big-brush-strokes characters.

In the offending episode one such character, a squeaky-voiced, glasses-and-argyle-jumper-wearing kid who is clearly meant to be a nerd, is asked to fix another character's stricken computer.

His diagnostic repartee sees him ask:

“Did you use open source code to save time, and the virus was hidden in it?”

Upon winning a grudging admission that this course of action was indeed was the cause of digital malaise, the nerd replies that using open source in this way was a “rookie mistake”.

Purloined YouTube footage of the incident is already available, here and below.

Disney will doubtless cause its erasure within moments, so we grabbed a screen shot of the annoying kid to give you the flavour of the show. 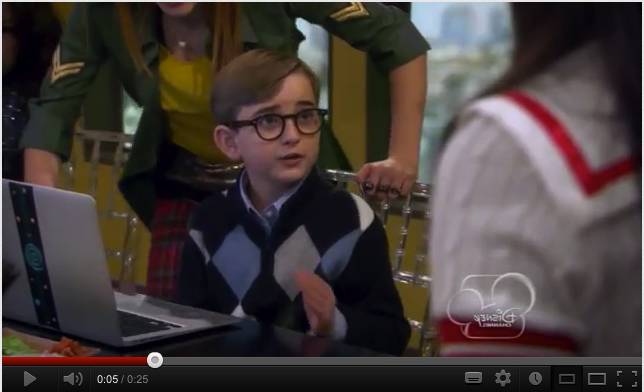 Freetards are, at the time of writing, yet to erupt in protest, but that can't be far off.

In a company the size of Disney it is understandable that the left hand sometimes scarcely knows the other even exists. It therefore seems entirely likely the sitcom was written, filmed and screened without anyone involved knowing that Disney-owned Pixar recently released some of its production code under an open source licence. ®