Freeform Dynamics research on how the channel is making its money 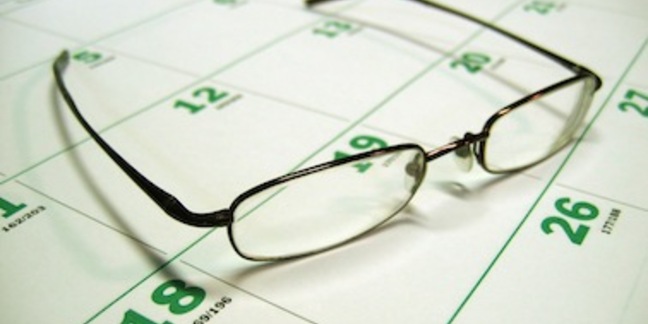 Back in late spring, we ran a survey of channel players looking at how business has been developing and the outlook for the future. Well the results are in and make for some interesting reading.

First up, the obligatory health warning on the limitations of the exercise we carried out - our survey sample of 116 respondents was spread across a broad cross section of channel types and sizes - infrastructure providers, managed service providers, systems integrators, distributors, resellers, etc.

Furthermore, within this base, we had a whole range of entities represented from a vendor partnership and target markets perspective. While this diversity is great to get a feel for the market at a high level, when you slice and dice a set of data like that, you inevitably end up with some pretty small sub-groups, whose members may or may not be representative of their peers.

In the interests of provoking some thought and debate, however, that’s not going to stop us laying out some of the things we are hearing, if for no other reason than to give you the opportunity to comment on the signals we are picking up so we can do a collective sanity check.

With that, let’s walk through some of the main points.

The good news is that many who participated in the survey seem to be doing reasonable business, despite the overall economic environment, with 2012 starting out much more positively than 2011. And it seems this finding was no fluke, as what people were telling us this time was generally in line with their predictions going into the quarter.

What's bringing in the cash?

When it comes to where the money is, it’s no surprise given the infrastructure focus of many in the mainstream IT channel that there appears to be a lot riding on services offerings, with ‘cloud’ like services starting to grow in importance alongside traditional outsourcing offerings. Having said this, we are told that hardware and software sales remain firmly in the mix.

Looking forward, many not surprisingly say they would like to reduce their reliance on general PC or server hardware and software, and instead focus more on the margin-richer worlds of storage, networking, security and unified communications. This might be tougher to achieve in practice than in theory, especially as the volume stuff is often what opens doors and keeps relationships hot, and we are interested in hearing any experiences others might have in this area.

Looking beyond the broader economic trends, there are also some interesting indicators coming through with regard to vendor relationships in key segments, which suggest some interesting shifts and developments going on out there.

With regards to PCs, Apple, HP and Lenovo are seen as the makers and shakers when it comes to sales momentum. No real shocks there then, given their combined share of the market.

Looking to margins, HP and Dell are thought to offer good deals, followed by a closely knit group of Apple, Samsung, Toshiba and Sony.

For PC software, Microsoft, Symantec and Adobe appear to be the top performers, with good top line results being achieved by partners against sales targets, as well as decent margins.

Looking to the backend, it’s no surprise that HP, Dell and IBM figure heavily in importance to the channel. Quite a few highlight success with Cisco’s Unified Computing System, and which is felt to be performing well against aggressive sales targets.

In server software, Microsoft is performing well, along with Citrix. SAP and IBM are steady as ever, while CA and HP could probably be more aggressive as they are exceeding somewhat moderate sales targets.

If there is one area for concern being raised, it is Oracle – which is selling below expectations in both server hardware and software, with lower margins available and a feeling that it is difficult to work with. We’d be really interested in any comments from Oracle partners, whether in the Big O’s defence or confirming the negative signals we are picking up.

In storage, it’s HP that comes across from this limited data as the favourite, followed by NetApp, Dell and EMC. A number also say that HP, Dell and NetApp provide good margins too.

Networking has seen some big changes in the recent past, and against this background, despite Cisco still being the leader, HP is now generating the most enthusiasm (is that justified?), while Juniper is making progress, albeit more steadily. Huawei appears to be one to watch, as we are told it’s growing in importance in a number of channel businesses, taking share from some of the more established vendors such as Brocade, Extreme and Enterasys. But the margins that Huawei bring to the table are not seen to be as good as the leaders, so caution is needed as the business ramps (unless you can tell us differently).

In security, Cisco is seen to lead. It may be surprising to some, but a good number reported that Microsoft has steadily built a good business in this space to go head to head with the likes of Juniper and Symantec.

Up last, but not least is Unified Communications. We are told that Cisco and Microsoft are where the core business lies, with Avaya and Siemens doing well too. For future potential, Shoretel and Digium are growing strongly along with Cisco and Microsoft, but on a small base.

But what are your thoughts? Does the above ring true or are your experiences different in any of the areas we have mentioned? ®