Not in China? No shrunken IBM Storwize array for you

IBM has stealthily released a smaller version of its StorWize V7000, the V3500, restricting its sale to Taiwan, mainland China, Hong Kong and the Chinese territory of Macau. Big Blue hasn't explained why the handy little V3500 won't ship outside of PROC and ROC*.

An all-flash StorWize V7000 delivered comparable performance to that of an Oracle ZFS array in an SPC-1 benchmark, but at under half the price and just 4 per cent of the capacity. IBM added SONAS-type filer head functionality to the Storwize line with the V7000U to create a unified file+block storage box.

IBM V3500 documentation says it's designed to complement IBM's DS3500. The thing comes as a single V7000 with dual controllers in a 2U enclosure with either 12 x 3.5-inch disk drives or 24 x 2.5-inch ones. The maximum capacity is 3TB. It has all the V7000 thin provisioning, disk tiering, flash copy protection, RAID and virtual storage pool goodness. 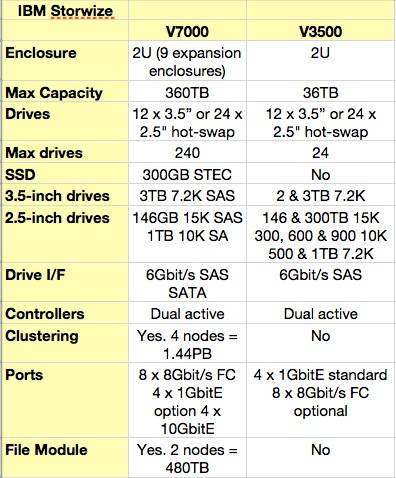 The V3500 seems to be a V7000 with no expansion, no SSD, no clustering and no filer head support. IBM states;

Storwize V3500 is intended for customers for whom cost is a primary decision factor and who have limited requirements for storage function and growth capability.

IBM is not releasing it outside the Chinese geography. Other countries in the Asia Pacific region, such as Japan and New Zealand, won't get it, and nor do any other IBM regions. We've asked IBM why and Big Blue is looking into it. The box has a three-year warranty, will be available in the China geographies from 14 September and we don't know its price. ®