Now that the dust has settled on the ultimate sliced-pork butty controversy - a furious debate prompted by our Bauernfrühstück v bacon sarnie deathmatch - we feel it's time to crack a few cold ones and head out into the sunshine for another culinary clash of titans.

We've been enjoying a particularly fine summer over here at the SPB's mountaintop headquarters, so we decamped from our usual kitchen in Bar Almanzor, in my local town of El Barco de Avila, and set up shop in the countryside to knock up the latest post-pub delicacies to go head-to-head: pierogi and patatas revolconas.

Before explaining just what those two dishes are all about, though, we'd like to offer a couple of snaps of the agreeable setting for this deathmatch: 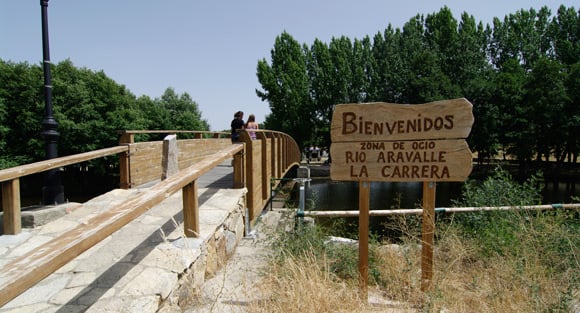 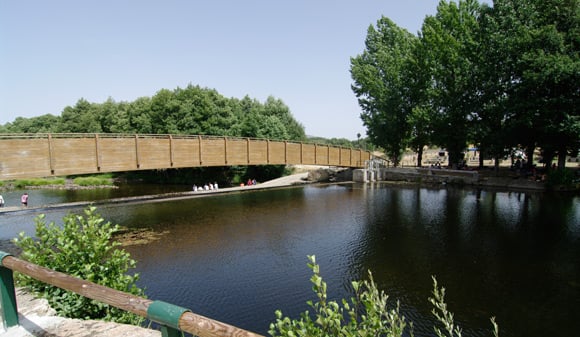 Close to the River Aravalle, as seen above, is the Chiringuito de La Carrera, a chiringuito being a beach or riverside bar, and La Carrera being the village closest to this haven of peace and ice-cold beers.

If you think it looks deserted on the Saturday lunchtime this snap was taken, think again. It was a balmy 36°C in the shade, which is where all of the punters had taken refuge. 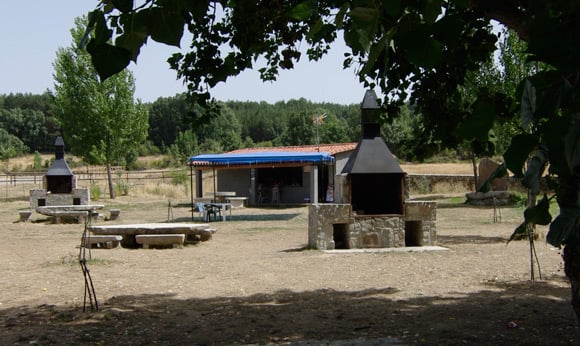 Our hosts were (left to right) Cristina Moreno Rubio, who runs the chiringuito, and her mum and dad Maria Jesus Rubio Hernandez and Angel Moreno: 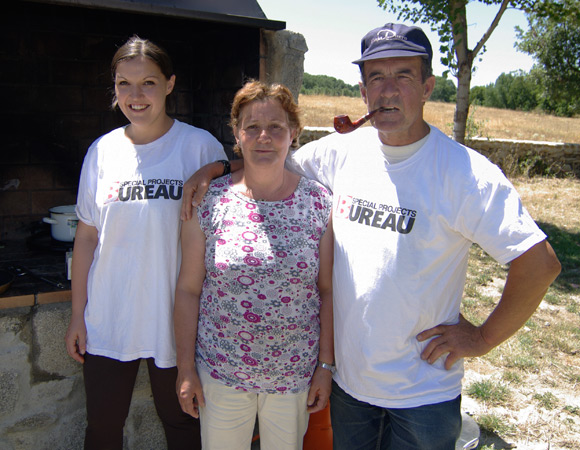 The usual thanks to them for lending a hand with the pierogi and patatas revolconas, and an extra round of applause for Angel, who enthustically embraced the boffin pipe concept.

So, on with the show. The pieróg is a Polish snack comprising a pastry envelope containing, traditionally, a mashed potato filling. Since you're never going to knock up just one pieróg, the dish is commonly known by the plural pierogi.

Other potential fillings include stuffing your pierogi with mash plus cheese, or perhaps spinach, mushrooms, sauerkraut or meat. You pays your money and you takes your choice, although we decided to go for the potato and cheese variety.

This pierogi variant is popular in the US and Canada, where it's often served with fried onions and/or a side of sour cream. The sour cream makes perfect sense, because you'll need some for the first part of the preparation process: making the dough.

Roll up your sleeves then, and assemble... 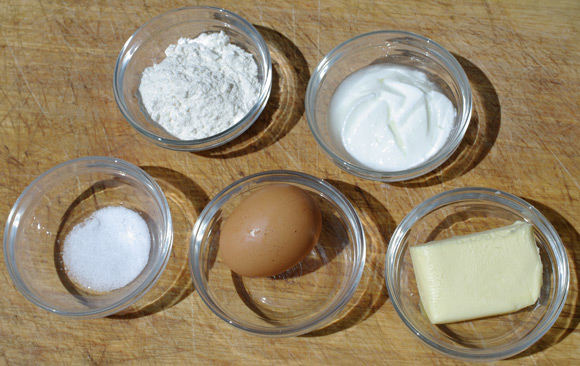 Since we couldn't find any sour cream locally, we made our own by sticking a couple of tablespoons of live natural yoghurt into 100ml of cream, and leaving it for a day at around 24°C, until it solidified. After a couple of hours in the fridge, to stop the reaction, it was ready to roll.

Preparing the dough is simply a matter of mixing the flour and salt, then adding the beaten egg, softened butter and sour cream and kneading until the dough loses its stickiness... 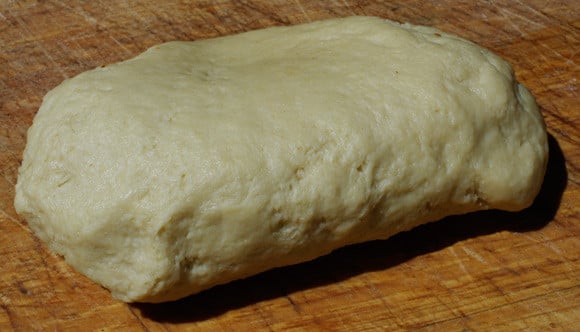 Wrap the result in clingfilm and stick it in the fridge for at least 20 minutes (overnight is better, we've found), and you're all set up to proceed to the main event.

Here's our traditional step-by-step photo guide to making the pierogi filling, for which you'll need two or three large spuds, half an onion and around 100g of grated cheese (type and amount according to taste, basic cheddar works fine)... 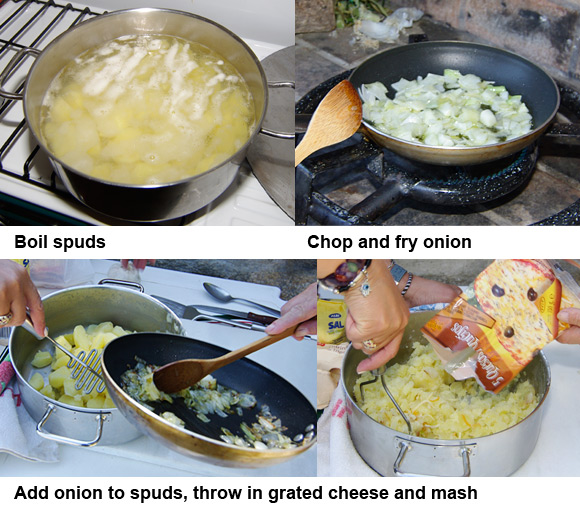 ...and once you've cracked that hardly challenging task, you can get stuck into the next bit: 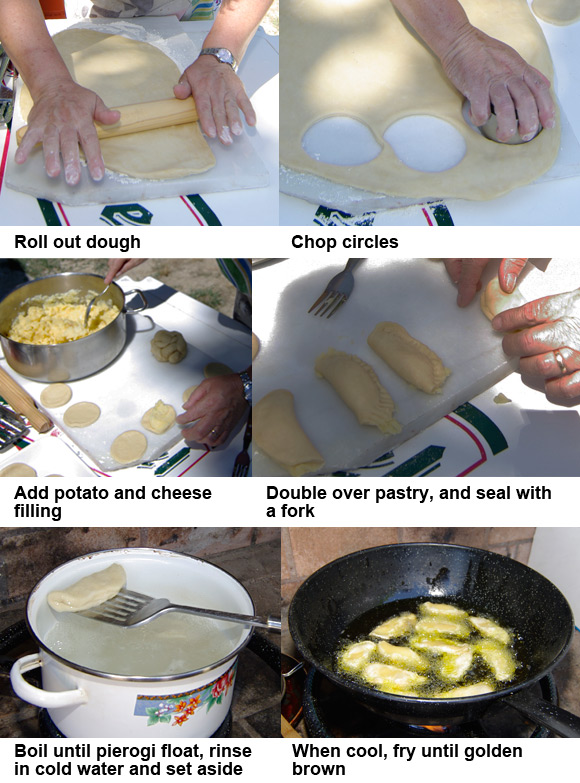 Sorted. If you've prepared your dough properly, the envelopes should seal with just some light fork action. If it's a bit dry, moisten the edge with water to help it stick.