With the pierogi done and dusted, and the lunchtime chiringuito punters starting to show keen interest in the prospect of some free nosh, we got straight down to the patatas revolconas.

Translating rather uninspiringly as "mashed potatoes", patatas revolconas are just that, albeit with the addition of garlic, paprika and some crispy fried panceta.

You'll recall that we deployed panceta (thick-cut streaky bacon) as part of our mealy pudding versus migas showdown. It's a bit of staple here in the province of Avila, so it's no surprise it pops up in this classic local dish.

In this case, we whipped out some panceta adobada ("pickled bacon"), which has - in unsliced slab form - been doused in salt for two or three days, then coated in paprika and semi-cured. Here's a snap to get your juices flowing...

For your patatas revolconas, you will also need... 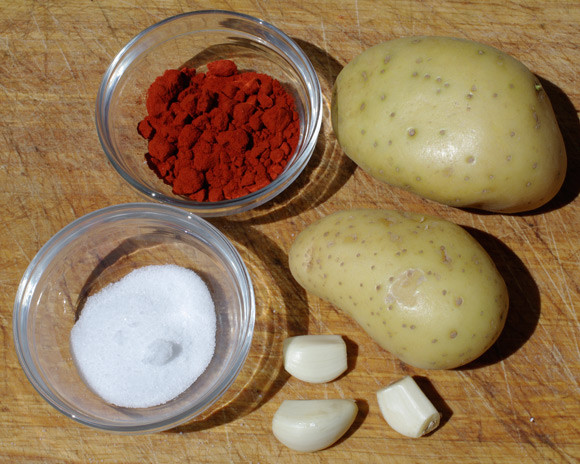 ...5kg of potatoes, 100g paprika, 40g salt and 3-4 cloves of garlic. Note that these quantities are for a ravenous, beer-fuelled mob, so scale down as required.

A couple of notes. The paprika seen here is mostly pimentón dulce (mild paprika) with a teaspoon or so of pimentón picante (spicy paprika). Add more or less of the latter according to taste.

The amount of salt the Spanish throw into patatas revolconas is enough to give your doctor serious palpitations, were you foolish enough to mention it to him while he's taking your blood pressure. Personally, I'd cut it by half, or more... 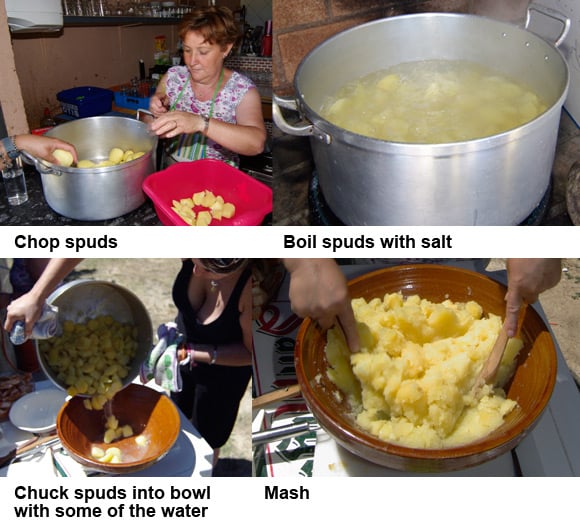 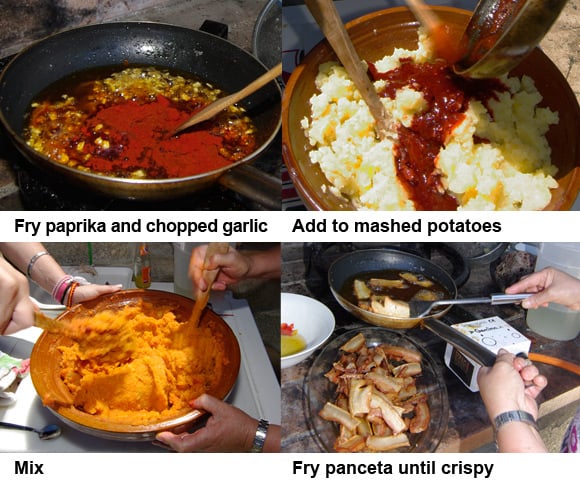 It's important not to have the potatoes too dry. Keep some of the boiling water handy in case you need to add a tad to keep things moist. Patatas revolconas come with small lumps of potato in the mash, so avoid ending up with a purée.

Just slap the mash onto a plate, stick some of the fried panceta into the top, and you're ready to roll.

And here, ladies and gentlemen, are both finished dishes, presented for your dining pleasure by guest waitresses Claudete Fernandes Barbosa (left) and Marcela Rementería Pérez: 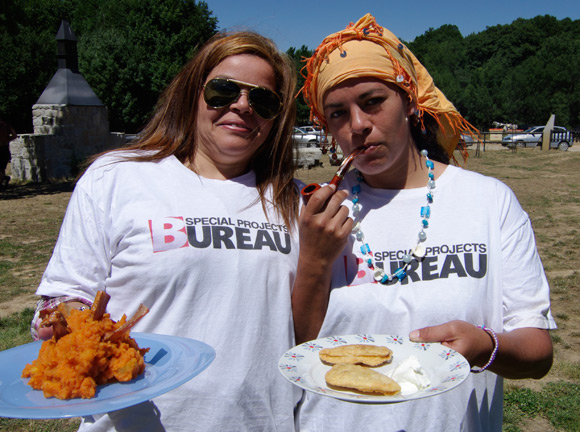 As with all deathmatches, which dish takes the post-pub crown depends on the palates of our judging panel. Some local chaps, suitably fuelled by a robust intake of beer, were on hand to try out the pierogi... 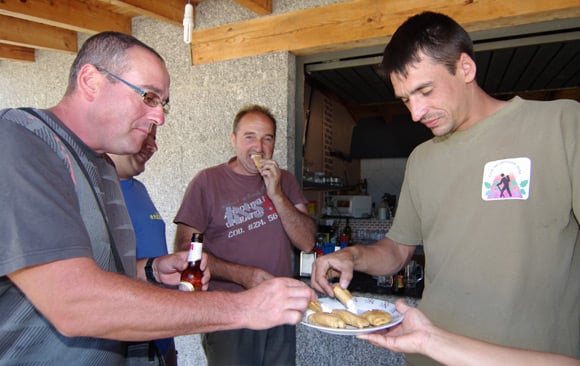 ...although one whippersnapper was having none of it (serious allergy to cheese, he unconvincingly claimed): 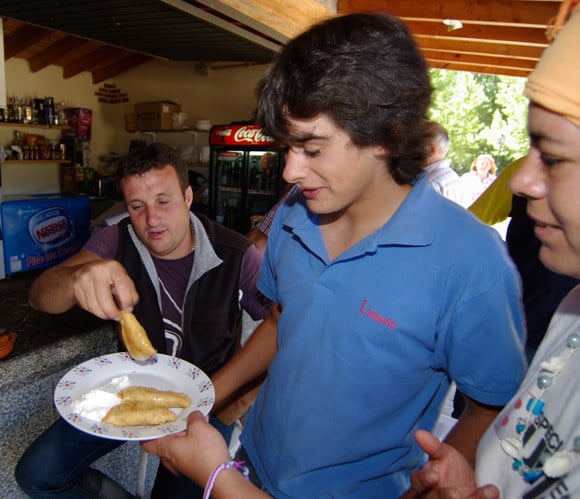 It was a taken that the Spaniards would give the thumbs up to the patatas revolconas, and indeed the five kilos of spuds were gone quicker than you could say "sodium overdose".

We were rather more interested in the reaction to the pierogi, and here are some young 'uns giving them a go: 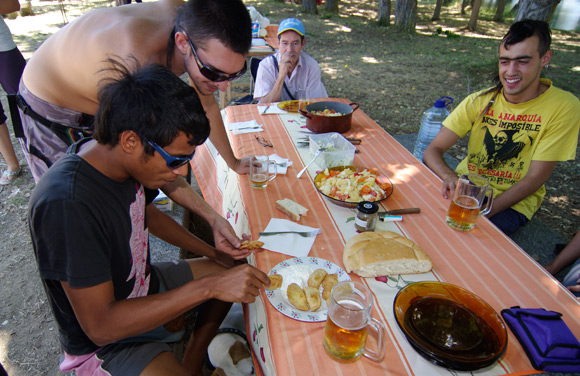 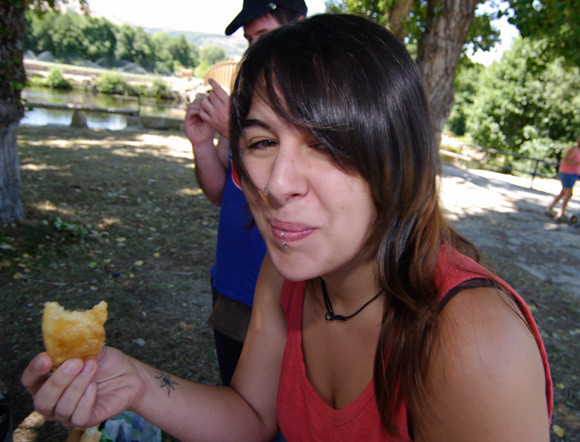 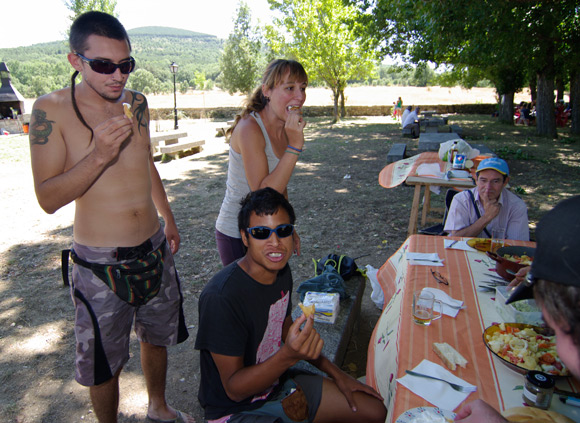 The verdict? Try this: 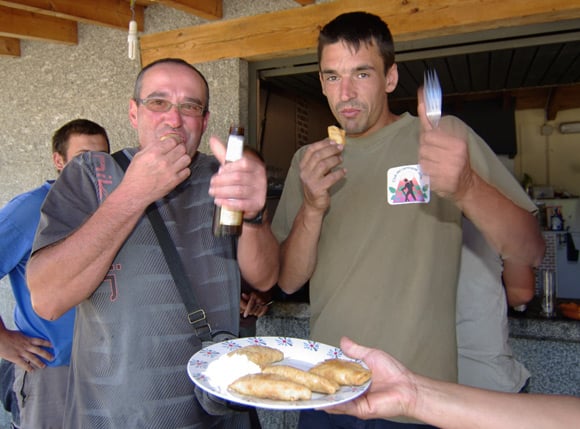 All in all, a complete success, with our tasting panel seriously impressed with Poland's finest.

Accordingly, and weighting the result to take into account Spanish bias towards patatas revolconas, we're awarding this deathmatch to pierogi. Na zdrowie! ®

To get down to the Chiringuito de La Carrera from the main road heading out of El Barco de Avila, you have to cross a cattle grid and drive down a dirt track.

You can just about see the turning and grid on the right of this Street View snap: 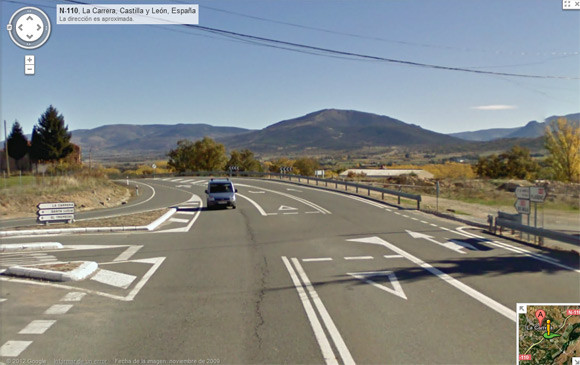 The sinister grey van captured behind the Great Satan of Mountain View's Orwellian black Opel is mine, snapped by the all-seeing eye as I pursued the Google spymobile back in November 2009.