What do kids really want?

Whether the firm had overreached itself with its Legoland theme parks, didn't have enough modern stuff to support its core toys like the video games it has now or was just being poorly managed, Lego started to lose money in the early 2000s.

The company brought on a new CEO, Jorgen Vig Knudstorp, a former McKinsey consultant, to turn things around. Knudstorp outsourced the company's theme parks to Merlin Entertainments Group and restructured the firm financially to get it running more smoothly. He also got the company doing more market research with children to figure out which products were working. 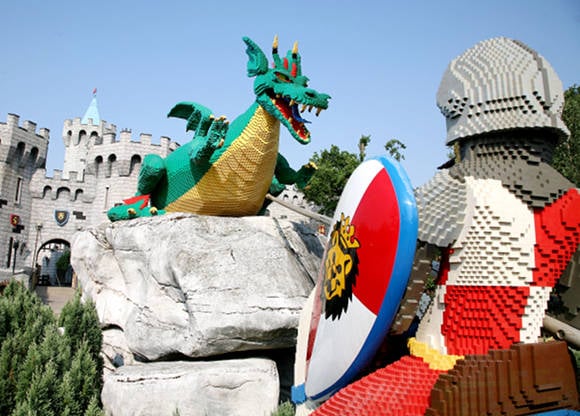 "The biggest issue we had was in early 2000 where we were actually losing money, coming out of 30 years of constant growth and constant profit growth," Schou said. "Then suddenly in 2000 to 2003 we were faced with a number of difficult years. And I think the biggest mistake, the biggest challenge we had at that time was that we actually lost our interest in boys in our core group.

"We didn't spend time with them in dialogues on how should an ambulance look, how should a police car look. To get out of that crisis we started looking outside a lot more and listening to the boys, we had lost touch with our consumers," he added.

That's what Knudstorp started, getting product designers and sales strategists from within the company to team up with outside consultants and basically embed in small teams with families to see how boys and girls played, according to Bloomberg. And it's this sort of research that apparently led to Lego Friends.

Leaving aside issues of how many girls could conceivably be covered by this research, what nationalities they are or any of the other myriad statistical minefields that could be involved, if Lego goes into houses to see how girls are playing in 2003, it's already 20 years since they gave up marketing to girls so they're going to find that girls aren't playing with Lego.

What the girls will be playing with is dolls, which by the way, this humble hack is not condemning. Playing with dolls is a good idea, even boys with G.I. Joes know that. The problem is that Lego found a trend it had started and is now perpetuating that trend, to the detriment of girls who might like to have better spatial reasoning and not grow up with the sense that boys work in hospitals and girls do each other's hair.

Schou said that he guessed the ratio of boys to girls interested in construction was maybe 8:5. Those seem like odds that are worth investing money in to make actual construction toys for girls, instead of Lego-branded dolls and dollhouses.

Meccano, another well-known construction toy brand, said that its products were pretty gender-neutral, although it admitted that its biggest audience was adults.

"Research commissioned by Meccano in France indicates that purchasers are predominately adults, of which 48 per cent of buyers were female," the company told The Register. 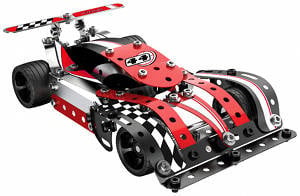 Meccano says that boys do buy more of its sets than girls, but it reckons that's down to a gender bias in parents rather than in its marketing. But it hardly seems fair to blame the parents when every toy shop in the world has very clear lines of segregation. Lego and Meccano sit in the boys' aisles, not in the pinker-than-pink girls' aisles.

Marketing works, that's why companies do it, and by clearly marketing Lego as for boys unless it comes in a pink box, Lego is telling toy shops where to stack its products and thereby telling parents which toys belong to which of their kids. And those TV ads liberally sprinkled through the Cartoon Network tell the kids which toys to pester their parents to buy for them.

In fact, that kind of marketing even works on competitors. Meccano says that it markets its products without a gender bias to reach the biggest possible audience. But interestingly, one of Meccano's recent products is doing the stereotypical girl thing - the Construction Pink Toolbox. So why did Meccano suddenly feel the need to have a girl-specific set?

"The Construction Pink Toolbox was developed following a market trend initiated by other construction toy manufacturers," the company said, "like Lego and Mega Bloks." ®