Prepares for backlash of the backup vendors... 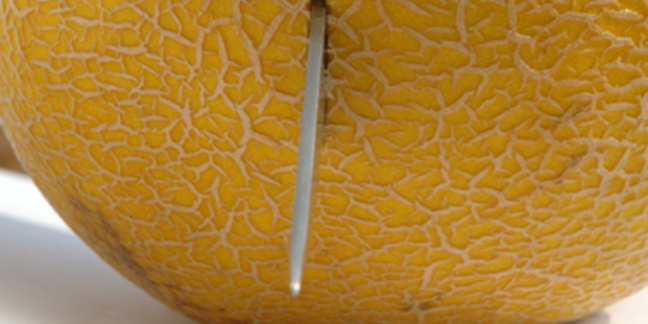 What VMware wanted to do was provide virtual machine (VM) data protection for small and medium businesses (SMB) and enterprise departments that was an improvement on the existing vSphere Data Recovery. The company asserts it "plans to continue investment in the vSphere Storage APIs for Data Protection to enable seamless integration of third-party backup and recovery with the VMware vSphere platform." However, it is now extending its data protection to include EMC-owned deduplicating backup technology – thus shutting partners out of that part of the virtualised server market.

VDP backs up at image level to a datastore that is limited to 2TB in size and is hosted in a VM. Users can restore individual files, having multiple restore points in time to mount if they need. But there is no replication facility to send the data off to another server, even an off-site one, for disaster recovery.

Bogomil Balkansky, senior veep of cloud infrastructure products at VMware, said: “Backup and recovery is a critical element of virtualisation implementations. Our selection of EMC Avamar technology enables us to deliver better backup and recovery capabilities directly from the VMware vSphere platform."

In other words, as we might view it, the existing backup and recovery capabilities were inadequate, and popular partner backup software products can revert to being mere interfaces, using the Avamar technology inside vSphere 5.1 as their backup and restore engine or, worse, they can be ignored.

Why bother buying additional backup and restore software if vSphere does it for you?

EMC blogger Chuck Hollis said: "I can't believe that the other backup vendors in this space will be especially overjoyed about this – they now have another obstacle to overcome in a highly competitive marketplace. Unfortunately, things that are easier to consume tend to get consumed more, and VDP will be exceptionally easy to consume going forward."

How does VDP differ from the external EMC Avamar product? According to EMC blogger Storagezilla:

VDP is an image level backup product capable of protecting up to 100 virtual machines per VDP instance. Avamar is capable of protecting thousands of virtual machines be that as image level or application-consistent agent (guest) level backups. VDP today isn't integrated with Data Domain via Boost, Avamar is. VDP doesn't have extended retention for long term preservation of backups on virtual or physical tape. Avamar does. VDP doesn't backup physical systems or Network Attached Storage devices using NDMP. Avamar can.

It may well be that VMware will extend VDP functionality so that it better protects an enterprise's VMs as well as SMB and departmental VMs, giving it more functionality and greater scale.

The new backup and restore functionality can be managed directly from the vSphere Web Client and uses vSphere Storage APIs for Data Protection to enable agent-less backup.

More and more basic data centre and server system software functionality is getting embedded in VMware as it uses commodity server engines to execute software functionality in vSphere – the same function previously performed by system software and server middleware produced by third parties. It's a constant encroachment on third-party server middleware and system SW that cuts out their core functionality and turns their technology into agents doing vSphere's bidding, or castrated products that merely interface with vSphere.

They'll have to hope that other hypervisor vendors, like Red Hat and Microsoft, have a more partner-friendly view as they fight the EMC-VMware behemoth being built before our eyes. ®