YES! I AM TAKING A PICTURE!

The South Korean firm's latest push into the photography domain introduces the Galaxy Camera with its 16.3Mp sensor, 21x optical zoom and practically every type of connectivity under the sun. 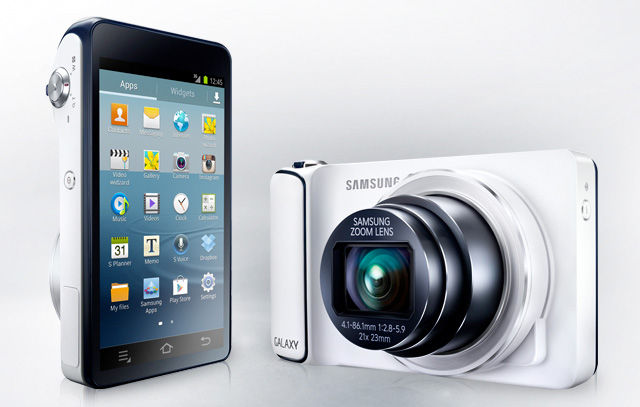 The Galaxy Camera's various edit and share settings are navigated through a 4.8in 308ppi touchscreen, which covers the entire back panel, mimicking the appearance of a smartphone or miniature tablet device.

Of course, from the front, it looks like your average point-and-shoot - albeit slightly on the large side - with a pop-out flash and f/2.8 lens.

We've seen a new wave of cameraphones lately, with both Polaroid and Nikon's Android-based snappers, but this appears to be the first model to sport 3G connectivity. While there's no support for GSM voice communication, users can upload images, access the web and make VoIP calls.

After all, the Galaxy Note II - officially revealed by Samsung earlier - boasts a whopping 5.5in 720p display. The handset is actually thinner than the company's Galaxy S III, but with the dedicated S-Pen and a body that bridges the gap between tablets and phones, it's clear Sammy sees bigger blowers as something consumers crave. 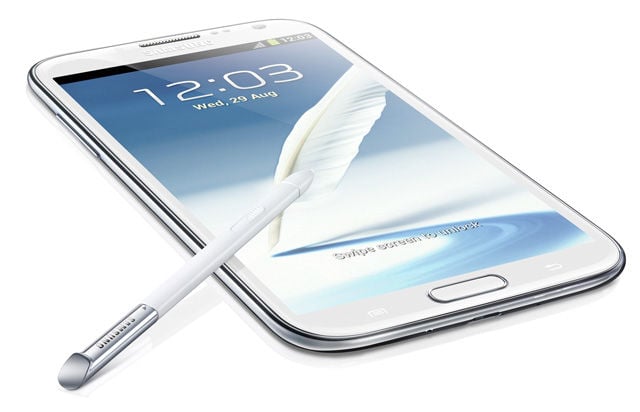 Prices for either device have yet to be set, but the Galaxy Note II will launch in Europe this October, while the Samsung Galaxy Camera is expected later this year. Snappy days. ®