IFA 2012 Archos threw its hat into the videogames domain at IFA this week, introducing a 7in slate with dual thumbsticks and dedicated gaming buttons.

The Archos GamePad packs a 7in capacitive touchscreen, is powered by a 1.5GHz processor and runs Android 4.0 Ice Cream Sandwich, which unlike predecessor platforms now supports game controllers. 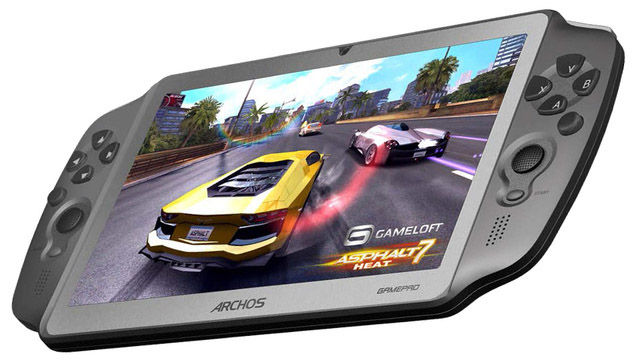 As well as the physical buttons and thumbstick controls, the GamePad's graphics-punching credentials are boosted by a Mali 400mp quad-core GPU, said to handle even the most demanding of 3D games. And thanks to full Google certification, users will have complete access to the Google Play Store.

The company says any onscreen controls for touchscreen games will be automatically ported to the device's buttons too.

Whether the GamePad can keep up with Sony's brawny PS Vita hardware remains to be seen, but with Android gaming on the rise, it's nice to see tablet designs cater for the button-bashing enthusiast.

The Archos GamePad will hit shelves in October priced at roughly £130. ®