Windows Phone 8: What Nokia and Microsoft must do 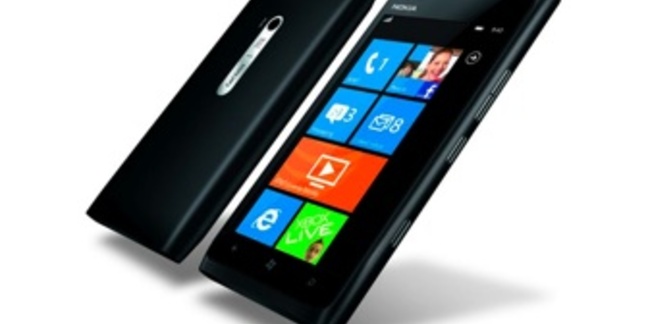 Analysis Next week, we're expected to get a sneak preview of Nokia devices based on Windows Phone 8 at a special publicity event in New York. Here's a view on what Microsoft and Nokia need to deliver - based on something a bit unusual: the user experience.

I find there's a yawning empty chasm in consumer technology coverage. You can find gadget blogs with dozens of pages per device review, lovingly detailing the chip cores and bus speeds. Elsewhere there is an abundance of professional market analysts with opinions4u - some of whom are very good. But they have something in common. Hardcore gadget sites rarely have the time to spend long enough with a device, and depend on it in critical personal situations.

And you'd be surprised how unfamiliar many professional market analysts are with the products on the markets. They may paw gingerly at a new product, in tightly controlled situation, for a few seconds, before pronouncing on the fate of the company. Some don't even have TVs at home. I believe there's a lot to be learned from close observation of people's interaction with a gadget or service - and absolutely no substitute for using it yourself. Usability has always been a hallmark of El Reg and Reg Hardware coverage from pre-history.

What follows is informed by this: it's based on several weeks of using Lumias as my main phone. What are the strengths and weaknesses of the platform today, of Nokia's implementation of it - and what can WP8 deliver to enhance the strengths, and fix the gotchas?

Did the Lumias shine?

Last November the Lumia 800 was touted as Nokia's comeback phone. The epithet was even more widely used for the 900. And both were, sort of. In each case, it was the first Nokia phone since Android devices flooded the market that could be described as "competitive". It at least made people think about a Nokia as a purchase. For people who trusted Nokia's brand it was pretty exciting.

But the Lumia 800 and 900 are not premium products. The message I received from Nokia's carrier partners - who it must be stressed, have an abundance of goodwill towards Windows Phone - was that pitted against the Samsung Galaxy, the Lumias didn't cut the mustard. Nokia's best didn't have the top-line capabilities or the vibrant apps marketplace.

The Galaxy II consequently carried off the Christmas market and has shown no sign of flagging. While reviewers gushed about the one-piece industrial design, this didn't add to the punters favourable impression of the Lumias, which were smaller, duller and less likely to answer the question "Can it do X?" in the affirmative.

How could this be?

I'll start with the positives, which Microsoft and Nokia must expand on - before listing the negatives, which they must address. Some aspects are platform related, others are Nokia's design and implementation.

Undoubtedly the greatest asset Microsoft had in creating WP was the freedom to be able to design from scratch. The iPhone had been a sensational success, and Android provided a workable derivative, a decent copy. How about doing something different - and designing a product around social interaction?

That's what Microsoft attempted to do, and I think it's largely succeeded. The shining asset of WP is that it's people-centric. Each contact card gathers their activities, whether it's interactions with your or social media broadcasts. So you can quickly see recent calls, text messages, emails, or social network activity from Facebook, LinkedIn or Twitter. The 'People' hub does a decent job of aggregating contacts. Individuals or groups can be pinned to the home screen.

This makes the app-centric design of Android and iOS look quite clumsy, and while social media aggregators abound, none integrates as well with phone activities (calls and texts) - if they integrate at all.

This is a solid base on which to build. Alas, for the first generation of Lumias, the good news largely stops here. The user experience in WP today, I found, is sub-par in several ways.

While the people-centric design is undoubtedly a plus, and a major differentiator, much of the benefit is negated by the way Windows Phone handles applications. WP uses the 'tombstoning' Apple introduced into iOS, where an application is frozen when sent into the background. There are good reasons for this, and it's fine if the application doesn't really need to carry on in the background. But some, such as Skype and Sports Tracker, very much do. The WP versions of these two apps, quite ludicrously, don't: they're little more use than a branded splash screen.

Where I found this to be particularly painful was the time required to bring a 'tombstoned' application back to life: this was the greatest drawback of using a Lumia. Twitter applications took between seven and ten seconds to restore. This has been ameliorated a little in the latest official Twitter client, but it's still a good four or five seconds before you arrive at what you came for.

If you switch away from Twitter, and one of its great uses is for sharing links, so there's a good chance you'll be jumping into the browser, then you're faced with that long delay once again.

Pitted against a two year-old iPhone or a recent Blackberry, it's really quite dismal. Delays that might have been acceptable in 2009 really aren't today - the market won't tolerate them. So niftier handling of applications on the new OS is the single thing I'm looking for.

Not everything Microsoft thinks is startlingly innovative really has much use. The Live Tiles, which it promoted more heavily than anything else when WP first launched, are fairly useless. They're too small to be useful, and too tied to a multitasking model that starves them of new information. But Windows 8 promises different-sized tiles for app designers, so there's hope.