I just want to touch

Not so silly and arguably with more geek-appeal was SketchSynth which lets you draw lines and shapes on a piece of paper, then use them to control a musical synthesiser. The software basically looks at your scribblings via your computer's webcam and watches as you touch, flick and drag on them.

Now that I have discovered that these concepts are useless if you can't employ touch, I'm being forced to return to what people who don't know what they're talking about refer to as Minority Report UIs. You can see what I mean in the clip here.

I have several problems with this approach, quite apart from the one involving Tom Cruise being a total wanker. Principally, I am deeply suspicious of anything that goes out of its way to look space-age and impossible.

The ZeroN, for example, involves touchlessly manipulating a shiny metal sphere floating in the air in order to control architectural design software. It's amazing and magical... but it makes you feel more like a Victorian stage conjuror than an architect. Using a computer shouldn't have to be a performance art.

SketchSynth from Billy Keyes on Vimeo

That said, the Ribbons hand-tracking experiment demonstrated by Helios are precisely that, yet interest me more because I can immediately see the practical implications of a system that recognises the shape of your hands - both of them - and the number of fingers you have on each. This is a computer interface for the Wii generation, and I suspect they're getting it right. Oh, and you don't need to wear gloves.

However, waving your hands in the air like you're swatting wasps lacks the complex nuance of touch. If I have to wear interface gloves, let them be made out of a cheap, pressure-sensing electronic skin of interlocking nanofibres, as devised by smart bods at Seoul National University. So far, this skin can detect the difference between a push, a rub or a tweak. 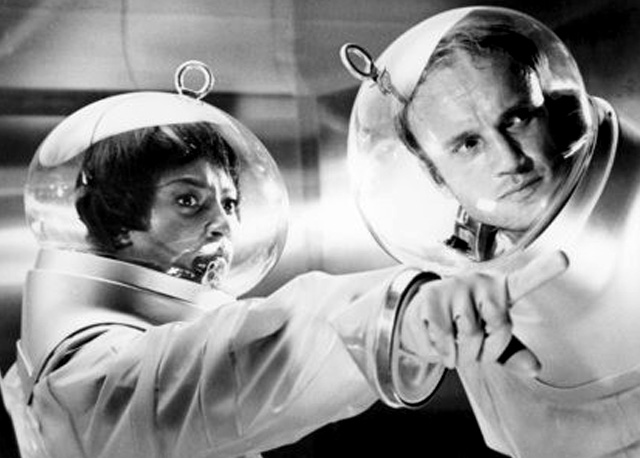 "There's another one of those pesky spiders out on the lash. Get rid of it and you're in with a chance."
Source: Universal Pictures

Now please make me a full body radioactive protection suit of this stuff so I can invite my wife safely back into the marital bed. Hmm sexy.

Alistair Dabbs is a freelance technology tart, juggling IT journalism, editorial training and digital publishing. He likes I Just Wanna Touch. He doesn't like Touch Me (I Want Your Body). He adores Can't Touch This. Get touchy-feely by adding a comment to this post or grope your way to hashtag #sftws.

Founder of firm at center of fraud claims he's 'not running' right now. Ditched the Fitbit, have you?
Personal Tech26 Sep 2022 | 1

Mozilla may seem like it has forgotten, but this is the most customizable browser going
Software26 Sep 2022 | 36

Who, Me? Fake BSOD became tool of revenge when a staffer ignored the sensible rules of seniority
Personal Tech26 Sep 2022 | 37