Curiosity parks for a day, looks back in wonder

Lays down some morse code

Wall•E wannabe Curiosity has driven another 21 metres, then given itself a day off to admire the view.

The little rover that could trundled to the east last Thursday (US time). That effort exhausted the craft, which spent Friday resting. It did find time to snap the panorama below depicting its tracks on the Martian surface.

Tracks left behind by the Curiosity mars rover

The craft will, over the next few days, continue its slow journey to a spot named Glenelg where it will unleash its drill for the first time. En route to that destination the rover will give that instrument a thorough workout to make sure it’s ready for planet-probing duties.

JPL has also released a picture of the morse code for J, P and L it imprinted on the red planet’s surface, which as we reported last week are a useful marker it will use to measure progress. ® 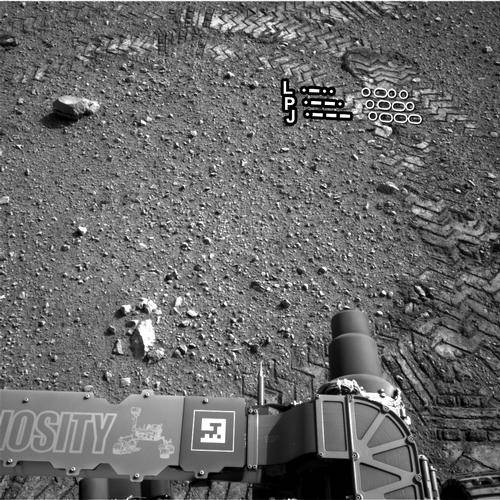 Morse code for J, P and L laid down by the Curiosity rover